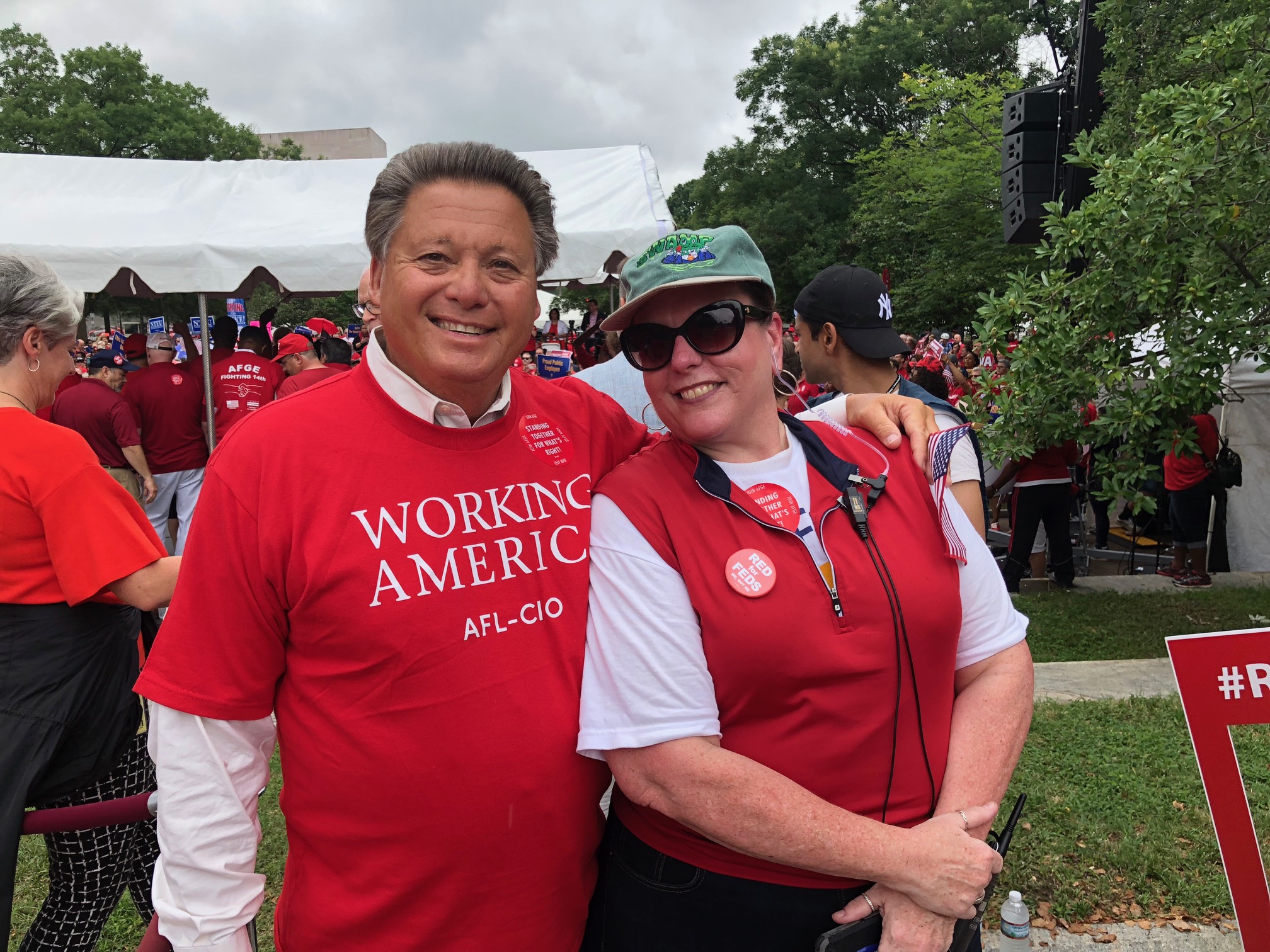 On July 25, as oral arguments were underway in U.S. District Court for the District of Columbia over President Trump’s illegal executive orders, union workers stood in solidarity to protest the President’s attempt to undermine the apolitical civil service system.

AFGE has been leading the fight against President Trump’s illegal executive orders. AFGE’s lawsuit, AFGE v. Trump, was filed within a week of the executive orders being issued and has been joined by over a dozen major national unions. July 25 was chosen as a National Day of Action by AFGE activists because it is the same day as oral arguments in AFGE v. Trump.

“I was proud to stand with my union brothers and sisters across the country as they rallied in protest of the President’s attempt to dismantle democracy,” said New Jersey State AFL-CIO President Charlie Wowkanech. “#RedForFeds was an opportunity for all 2.1 million federal working people to come together and unite against these democracy busting executive orders that punish workers the President deems disloyal to his administration.”

On Friday, May 25, President Trump signed three executive orders. The first two chip away at due process and collective bargaining rights for federal employees, and the third executive order, which impedes employee representation at the job site, is the focus of the lawsuit filed less than a week later.

The American Federation of Government Employees, the country’s largest federal union, called the orders “a direct assault on the legal rights and protections that Congress has specifically guaranteed to the 2 million public-sector employees across the country who work for the federal government.”

Several other unions have since joined AFGE’s lawsuit. The suit has also received support from Congressional lawmakers in an amicus brief and bipartisan letter from 132 members of Congress.

The New Jersey State AFL-CIO stands with the AFGE and other unions that represent federal employees in fighting this unlawful attempt at union-busting. These executive orders are an outrageous attack against our work, our citizens, and our democracy. As always, we will keep you informed of any developments. Stay Union, Stay Strong, Solidarity!