Labor Walks 2018: Walk Together, Win Together 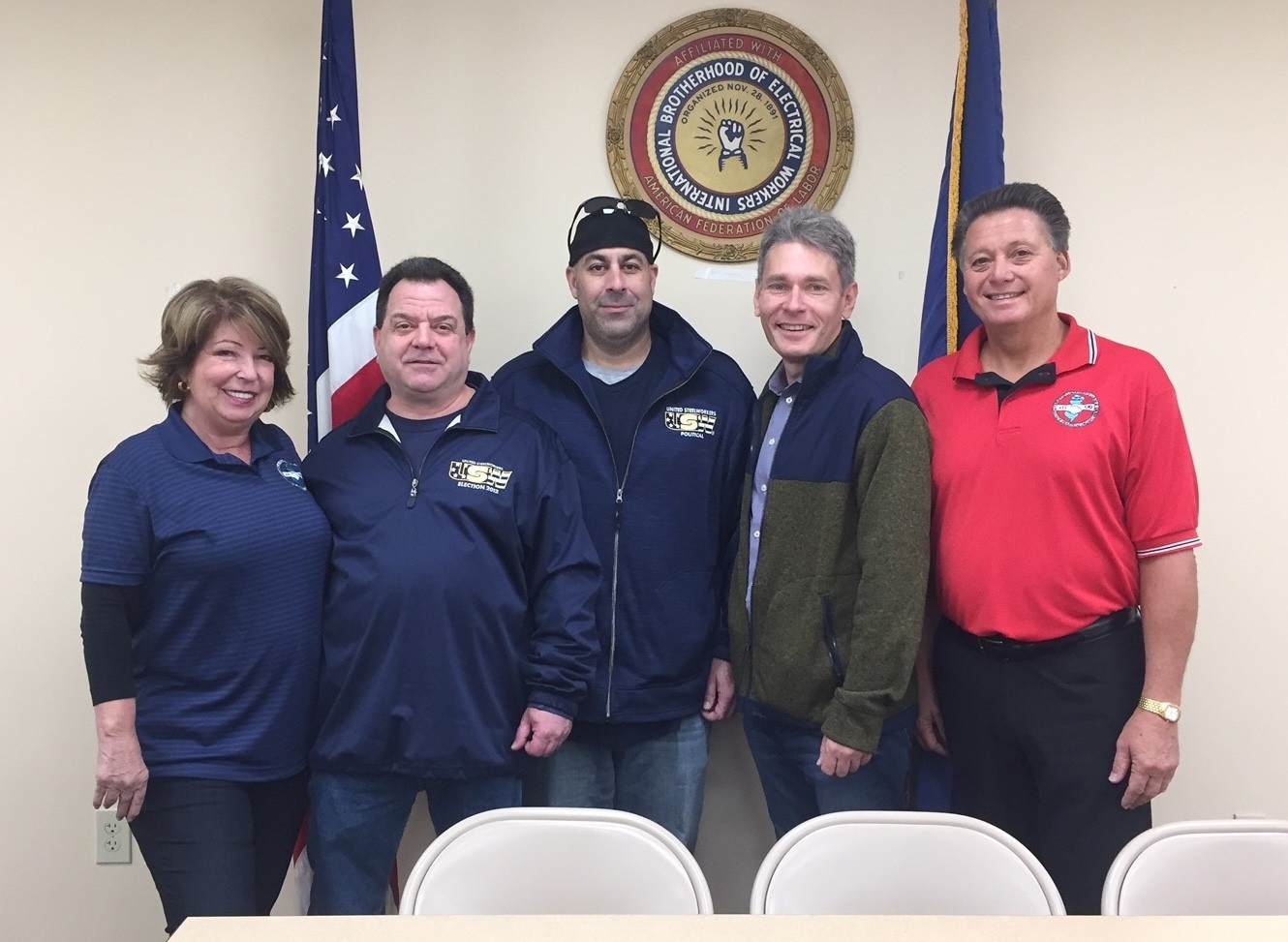 We are 24 days out from Election Day and the support we’ve seen from volunteers thus far has been nothing short of exceptional. This weekend alone, 1,296 union members knocked on 45,360 doors, helping to spread the word about our endorsed candidates—the candidates who will place the needs of working families first.

One of those candidates is Tom Malinowski, the leader we want to send to Washington to represent the 7th Congressional District.

Today, Malinowski joined Freeholder Candidates Shanel Robinson and Sara Sooy at the Middlesex/Somerset Central Labor Council in North Brunswick, where he delivered an inspirational speech before a crowd of eager volunteers.

During his speech, Congressman Malinowski stressed the importance of this November’s elections. “Everything is on the ballot this year,” he said. “Our way of life in New Jersey, the ability of middle-class people to lead a life of dignity, the rights of working people, the rights of unions, the very idea of what we are as a country right now—all of it hangs in the balance of this election.”

Though the polls show that Malinowski is only three points ahead in his race, which is within the margin of error, he claims that he isn’t worried. According to him, he has something that his Republican opponent does not have, something no amount of funding can buy. This, he said, is the endorsement of the New Jersey State AFL-CIO and the dedicated volunteers who show up at our labor walks week after week to fight for what they believe is right. Ultimately, with working families in his corner, Malinowski is confident that he will come out on top in November.

“We need you out there, rain or shine, the next 24 days,” Malinowski said. “I’m going to win this race because I have something that Lance doesn’t have, which is this: real, sincere people like you going out to talk to their neighbors, their coworkers, and their brothers and sisters in the labor movement, saying I personally support this candidate because it’s the right thing to do…and if you give me these 24 days, I promise that I will give you two years of fighting like hell in the United States Congress.”

So, as we near the final stretch to Election Day, we need to ramp-up our efforts—not only for Tom Malinowski, but also for all of our endorsed candidates. If we continue to push, to seize every opportunity to educate our brothers and sisters, we CAN and we WILL determine the outcome of this election.