As Workers Memorial Day 2020 arrives, the New Jersey State AFL-CIO honors the memory of those who died or were injured or sickened on the job, and especially those who fell victim to the COVID-19 coronavirus pandemic, for which the Trump Administration left all working families in danger.

April 28 is a solemn day, a day we wish we did not have to commemorate. And this year, without the ability to show solidarity through large gatherings, we feel the sadness even more. But through our tears, we celebrate the lives and contributions of New Jersey working men and women, the people who lived according to strong values and who formed the backbone of our great state and nation.

“Unions are needed now more than ever, because united together we can take care of our brothers and sisters in ways the government is refusing to do,” said New Jersey State AFL-CIO President Charles Wowkanech. “When the Trump Administration gutted OSHA, it became clear that safeguarding the health and safety of workers was not a priority.

“The fact that the sorely underfunded OSHA has gone without a permanent director,” President Wowkanech continued, “is a real slap in the face when you consider that the National AFL-CIO declared April 28 as Workers Memorial Day because April 28, 1971, is when OSHA was opened.”

“Our singular purpose as a labor organization is to reinforce the middle class that unions built,” said New Jersey State AFL-CIO Secretary-Treasurer Laurel Brennan. “As Mother Jones often said, we pray for the dead and fight like hell for the living. We’re working tirelessly, every day, because working families are hurting. There’s no standing still, ever, and especially not in these unprecedented times of coronavirus pandemic.”

For Workers Memorial Day 2020, the theme of “Protect Our Rights. Speak Up for Safe Jobs” resonates loudly as recent coronavirus news headlines have told of our union brothers and sisters being fired or otherwise punished for spotlighting unsafe conditions, especially on the health care front lines of the war against this invisible enemy.

“The nurses and other health care workers who are calling out their employers for lack of personal protective equipment should be rewarded, not punished,” Secretary-Treasurer Brennan said. “They are courageously taking proactive steps to protect themselves and their patients. And as whistleblowers, they are protected under federal law.”

“We stand with our frontline heroes,” President Wowkanech said, “the ones in the health care spotlight but especially the unsung heroes in transit and transportation, the union members keeping our grocery stores open and our lights on, the underpaid and overworked people sanitizing everything. We can never thank them enough.” 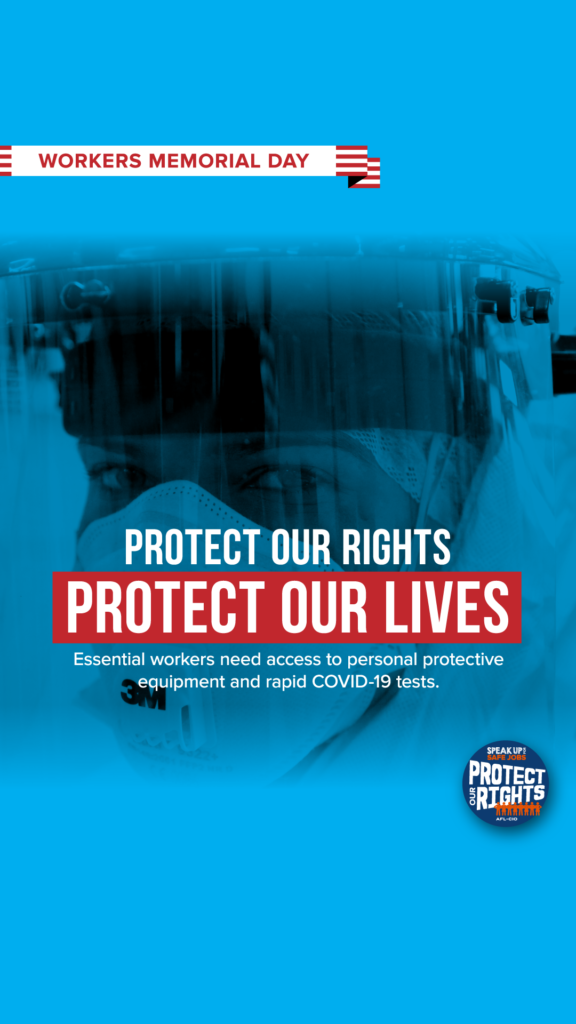 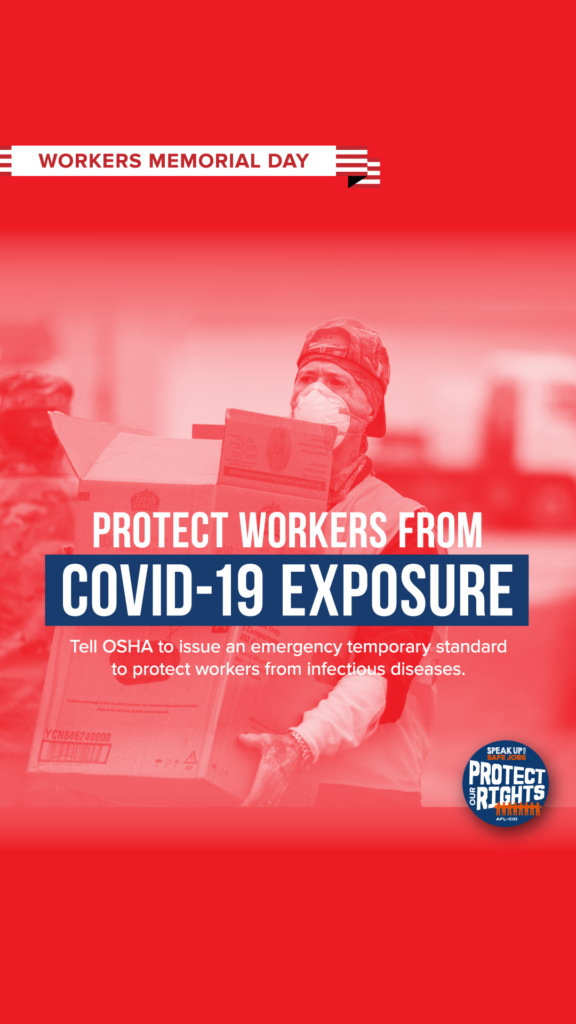 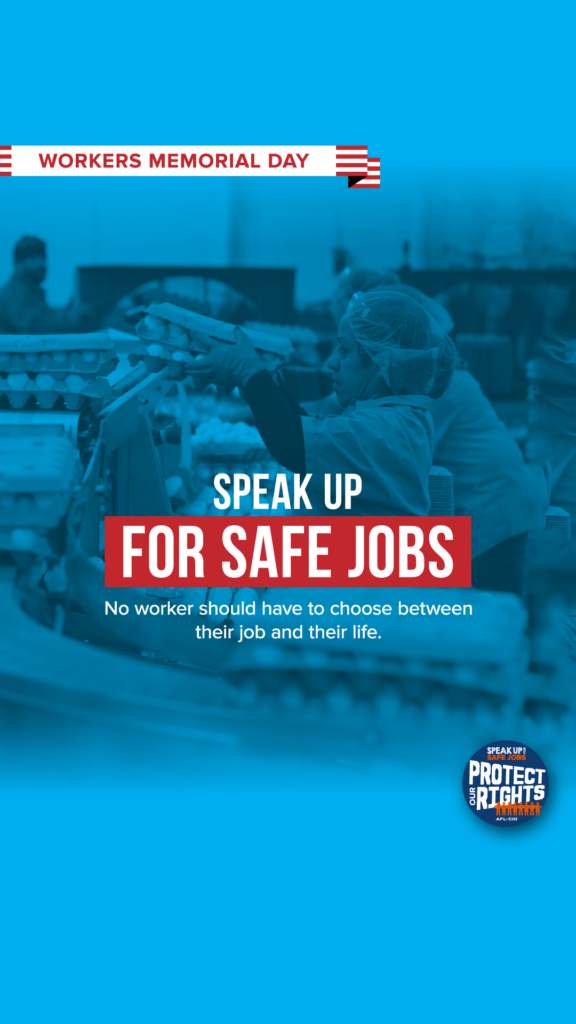