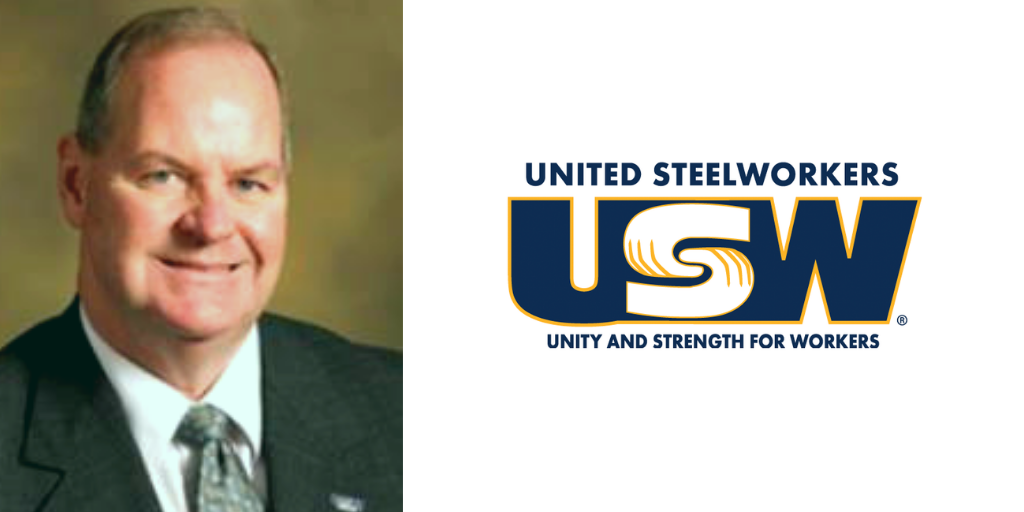 Brother Shinn’s new role is a testament to his many years of dedicated service as a leader in the labor movement. He will replace USW Secretary-Treasurer Stan Johnson.

Brother Shinn’s career in labor began in 1974, when he took a position working for CE Glass Company (which later became AFG Industries) in Cinnaminson, NJ. In 1988, he was appointed to serve as an International Representative of the Aluminum, Brick & Glass Workers International Union (ABG). He held various leadership roles in ABG and USW before moving to his current position as the Director of USW District 4.

Brother Shinn’s other leadership roles include Chairman of SAPPI Council and Coordinator of Inter-Union Gas Conference. He also served as Councilman of the Riverside Township Committee from 1988 until 1991.

The New Jersey State AFL-CIO is proud to call John Shinn a brother. We look forward to working with him and the USW leadership as we endeavor to strengthen our labor movement and amplify the voice of New Jersey’s working families.