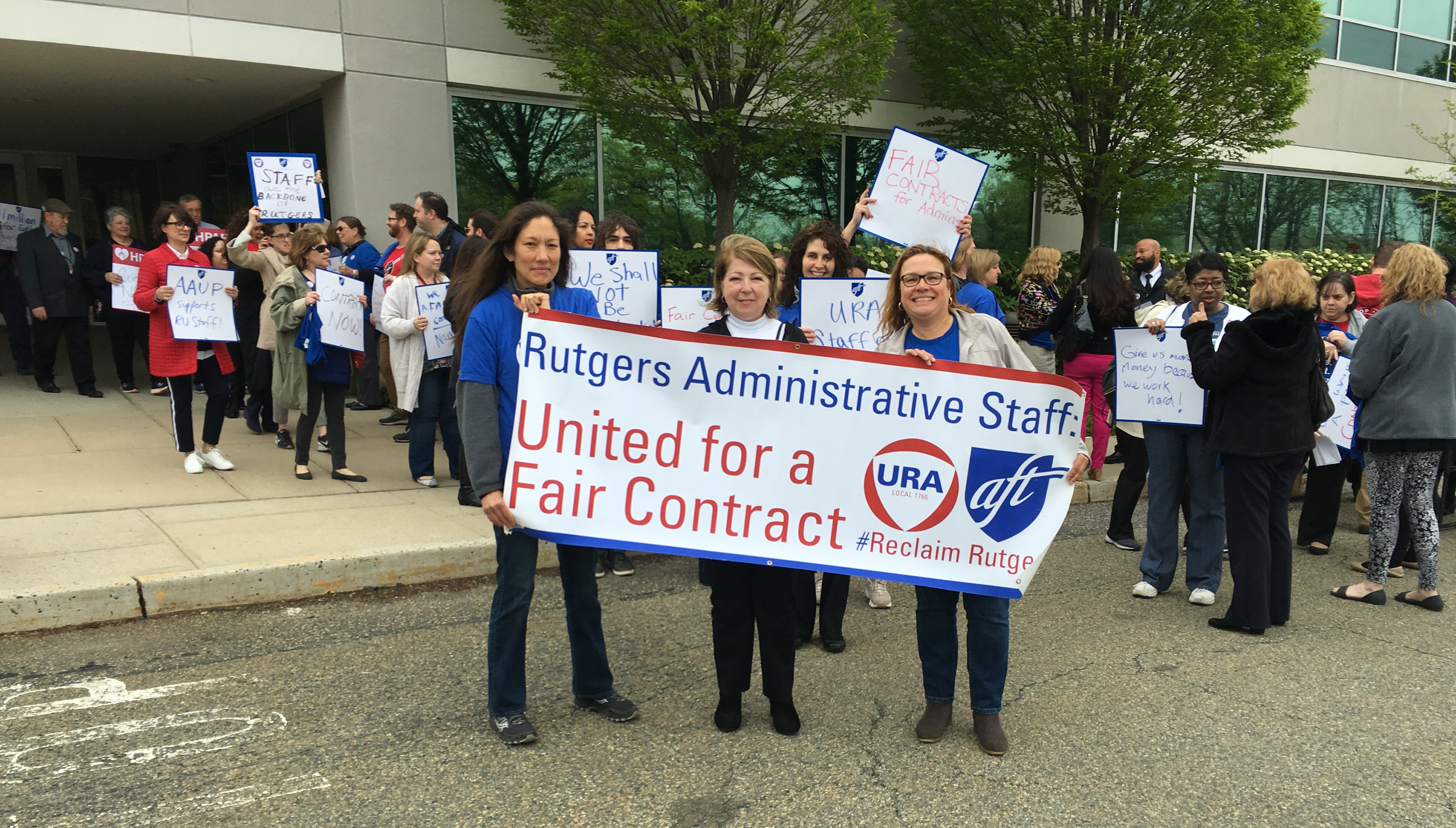 Members of URA-AFT Local 1766 gathered outside of a bargaining meeting at the Administrative Services Building on Rutgers University’s New Brunswick campus on Wednesday to rally for a fair contract.

More than a year of negotiations on a new contract have so far failed to produce an agreement on the union’s proposals for fair salaries, job security, and affordable health benefits.

According to the local, Rutgers management is refusing to recognize and implement new pro-labor laws, including New Jersey’s Workplace Democracy Enhancement Act of 2018. The Act’s provisions extend union recognition to hundreds of temporary and part-time workers who lack fair pay, adequate benefits, and any job protection.

The local also strongly opposes unilateral changes to sick leave policies that would penalize sick workers or those caring for a loved one.

“We at the New Jersey State AFL-CIO are disappointed that Rutgers University, a school that once prided itself on being progressive and diverse, is now ignoring the basic rights of working people,” said New Jersey State AFL-CIO Secretary-Treasurer Laurel Brennan, who stood in solidarity with Rutgers workers at Wednesday’s rally. “The members of URA Local 1766 work in virtually every department in the university. The efforts of these workers are crucial to the school’s success, and they deserve a livable wage, pay equity, job security, and affordable health benefits.”

The Union of Rutgers Administrators (URA) consists of approximately 2,500 Administrative workers who have joined the American Federation of Teachers (AFT), the largest union of higher education employees, to form URA-AFT Local 1766. This staff local is a separate union from the Rutgers faculty union, Rutgers AAUP-AFT, which already has a tentative agreement for a new contract. For more information about URA-AFT Local 1766 and upcoming events, CLICK HERE.