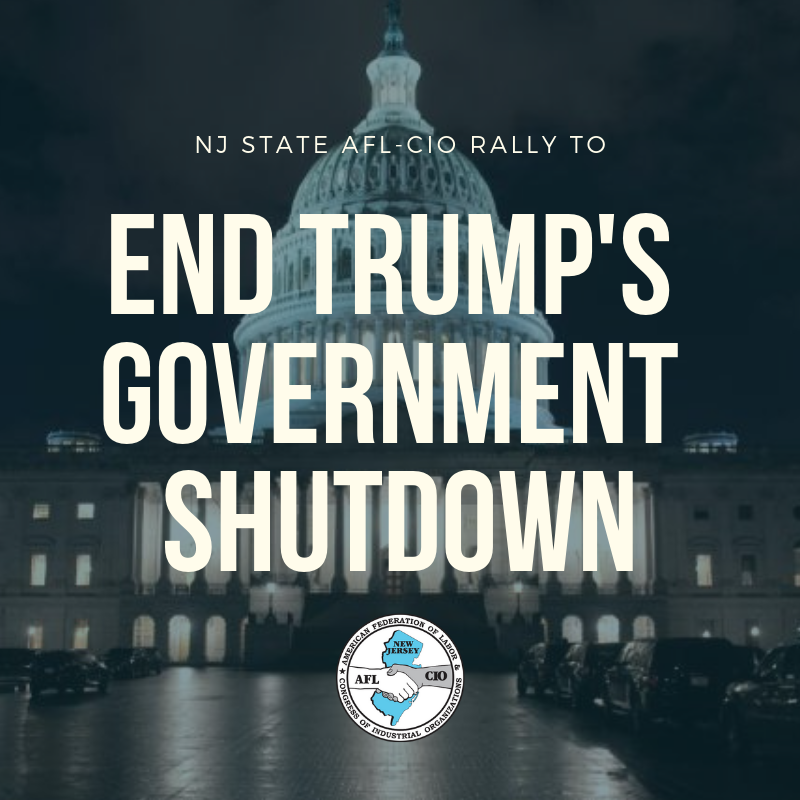 Trump’s government shutdown, which is now the longest in U.S. history, has left more than 800,000 federal workers—including 5,000 in New Jersey—either on furlough or working without pay for a month. Many of these workers live paycheck to paycheck and do not know when or if they will be able to afford rent, food, and medicine.

Among those suffering are the employees of the FAA William J. Hughes Technical Center (WJHTC), the nation’s premier air transportation system laboratory and southern New Jersey’s largest employer next to the casino industry. During this event, we will hear from WJHTC workers who hope to shed light on the devastating impact the shutdown.

We look forward to a strong labor turnout for this event as we make ending Trump’s pointless shutdown our number one priority.