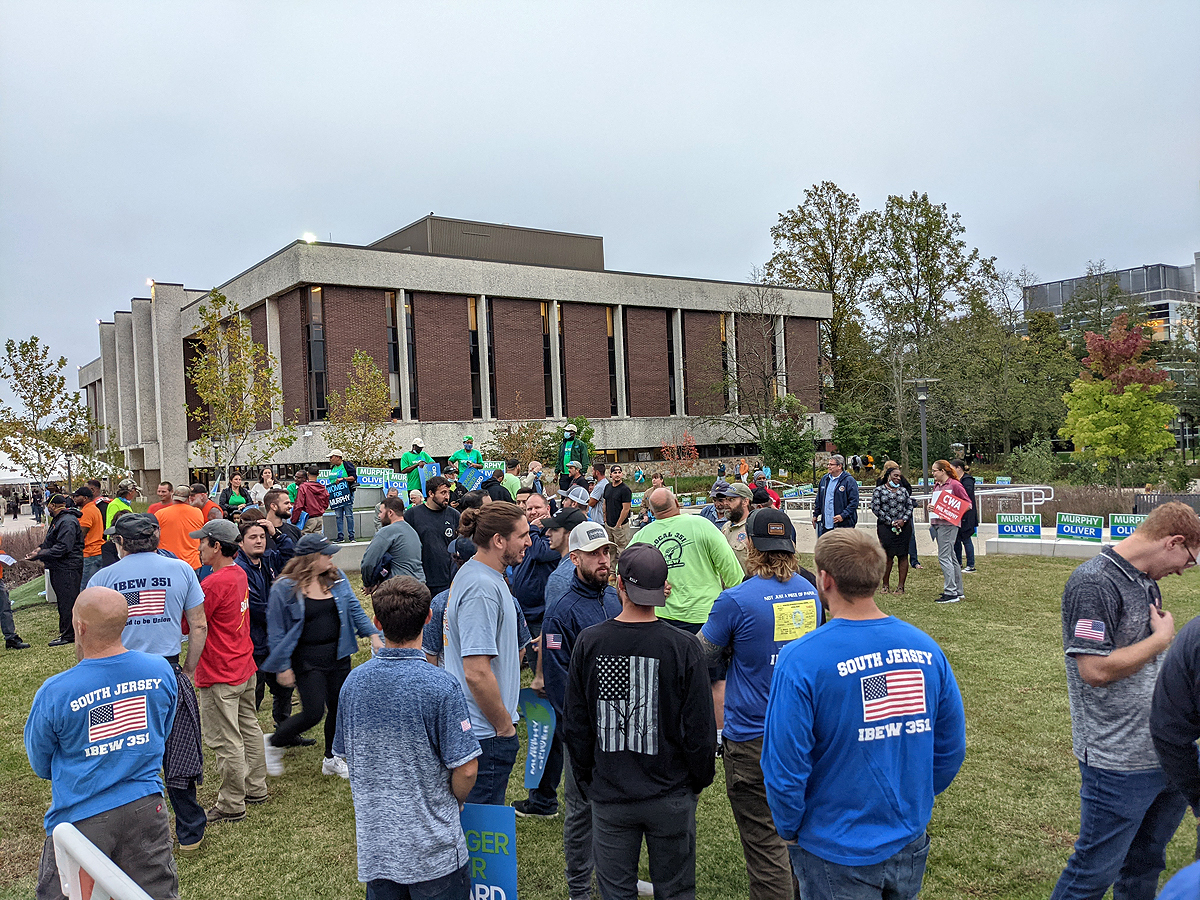 Union leaders and rank-and-file brothers and sisters rallied in support for Gov. Phil Murphy at Rowan University on October 12 before his second and final gubernatorial debate.

Gov. Phil Murphy was propelled to the debate stage by the energized support of union members from every sector of labor who rallied for his re-election Tuesday, October 12, at Rowan University in Glassboro.

Hundreds of union brothers and sisters who have been volunteering their Saturday mornings for labor walks and volunteering their weeknights for virtual phone banks and texting sessions gathered at the South Jersey site of the second debate.

Wearing their union colors, the men and women carried signs endorsing our pro-labor governor for his re-election.

The labor movement’s intense enthusiasm for Governor Murphy was undeniable on Tuesday.

Throughout Election Season, union volunteers have tirelessly worked to get out the vote and educate union families about the pro-worker records of Governor Murphy, Lt. Gov. Sheila Oliver and our New Jersey State AFL-CIO-endorsed candidates for state, county and local elected offices.

The size of labor walks statewide continues to increase as Election Season heats up, and through this highly effective labor program, our brothers and sisters have especially been promoting our fellow union members who are running as Labor Candidates.

Come join our brothers and sisters on labor walks every Saturday morning through October 30, and on Election Day. Time is running short! Vote-by-Mail is underway in New Jersey, with in-person Early Voting set for October 23 to 31 and traditional voting on Election Day November 2.

To volunteer for a labor walk near you, and for more information about the Murphy-Oliver administration and all endorsed candidates, plus how-to guides on casting your ballot, visit https://njaflcio.org/labor2021, Your Union Voter Resource.