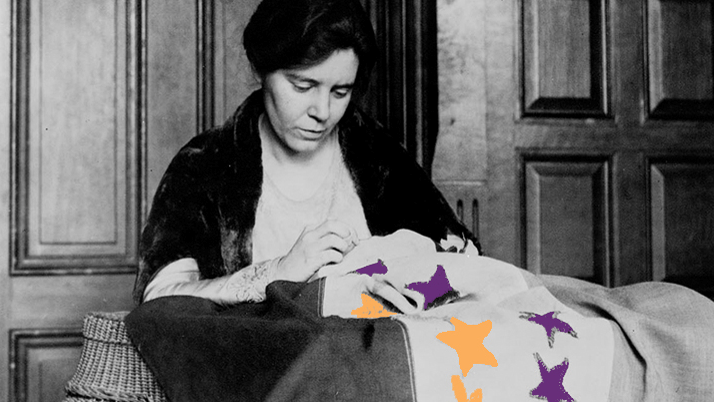 In 1920, the face of the American electorate changed forever! The 19th Amendment to the Constitution gave women the right to vote. This didn’t happen by accident and it didn’t happen overnight.

The 19th Amendment, which was signed 100 years ago, took 75 years of struggle, led in large part by the great New Jerseyan, Alice Paul, whose great gift to us is honored by our New Jersey congressmen’s bill.

She and her sisters in the fight for suffrage, equal rights, an end to slavery, and for labor unions and child labor laws, were imprisoned and persecuted. Yet when Alice Paul was asked how she kept up her strength and her will, she credited her mother’s adage, “When you put your hand to the plow, you can’t put it down until you get to the end of the row.”

The Alice Paul Voter Protection Act will get all of America closer to the end of the row.

“Alice Paul was a leader in ensuring and protecting the right to vote. It’s important we honor her legacy by continuing her work, and I’m proud to introduce a bill inspired by that legacy that stands up for the rights of all Americans to have unfettered access to the ballot box,” said Congressman Kim. “This bill is also just one step in a larger fight to make our democracy work better for the people. I look forward to working with my colleagues from both sides of the aisle to make it easier for every American to participate in our democratic process.”

“Access to voting is more important than ever, and we stand on the shoulders of activists and women like Alice Paul who not only talked the talk but walked the walk in their fight for equality and fairness in voting rights. We should be making voting easier, not harder, and that’s why Congressman Kim and I are introducing this bill to provide all Americans equal access to the ballot box,” said Congressman Norcross. “Our right to vote is sacred, and I look forward to working with my colleagues from around the country to ensure every American is afforded the opportunity to exercise that right.”

The Alice Paul Voter Protection Act protects voter registration efforts by making it unlawful for any person to hinder or prevent another person from registering or aiding another person in registering to vote. The legislation also encourages the establishment of best practices to ensure that states protect these critical rights.

“Alice Paul had an unswerving belief in the power of the vote, which is why she was willing to picket the White House, go to jail, and undertake multiple hunger strikes to earn it for women,” said Allison Titman, Executive Director of the Alice Paul Institute. “This bill pays tribute to her legacy by endeavoring to give that power of the vote to all Americans eligible to exercise it.”

A native of New Jersey’s 3rd Congressional District, Paul was a member of the National American Women’s Suffrage Association (NAWSA), where she led its Congressional Committee which worked for a federal suffrage amendment. She was imprisoned for her efforts and forced to endure torturous conditions. News of her imprisonment and torture helped to shift public opinion on expanding the right to vote and was a critical turning point in the eventual passage of the 19th Amendment.

Paul’s legacy is enshrined at the Alice Paul Institute, which is located in Mount Laurel, New Jersey.