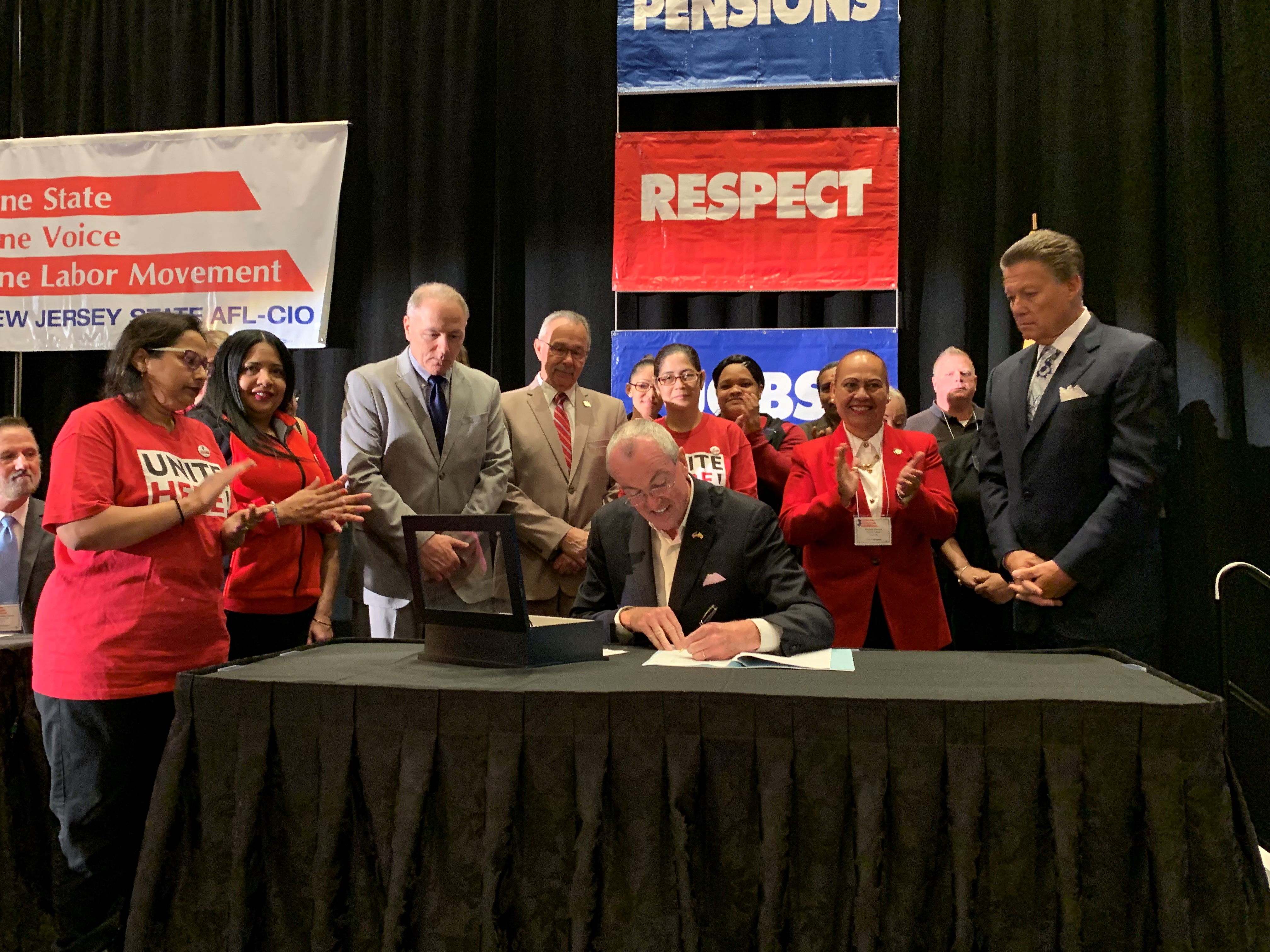 Hundreds of hotel workers, union leaders and elected officials gathered at Harrah’s Resort in Atlantic City today to witness the signing of a bill requiring hotels to equip certain employees with “panic buttons” for their protection against inappropriate conduct by guests.

“We must protect the safety of workers in the hospitality industry,” said Governor Murphy. “I am proud to sign panic button legislation that Bob [McDevitt] and the working men and women of Unite Here, Assemblymen Vince Mazzeo and John Armato, Charlie [Wowkanech] and Laurel [Brennan], Senator Loretta Weinberg and so many others have fought for to give hotel workers greater security and the ability to immediately call for help should they need it on the job.”

The portable safety device known as a panic button will allow hotel workers to alert security personnel if they feel they are in danger or a compromising position while performing housekeeping duties. Today’s signing makes New Jersey the first in the nation to have a statewide law requiring hotels to provide their employees with such devices.

Hotels that do not comply can be fined up to $5,000 for the first violation and $10,000 for each additional violation, according to the legislation.

“In a country that has been preoccupied with protecting millionaire entertainers from sexual harassment and assault by their billionaire bosses, the safety of women in the hospitality industry has been overlooked,” said Bob McDevitt, President of Unite Here Local 54. “I’m proud that my state is the first to pass and sign into law real protections for housekeepers in the hotel industry.”

The harassment of hotel workers, especially housekeepers, has been a longstanding issue the hotel industry has struggled to address. Unite Here Local 54, a union representing nearly one-third of casino and hospitality workers in Atlantic City, was a driving force behind this legislation, which will provide an additional measure of security for thousands of hotel workers across the state.

“Whenever I go into a room, I wonder what is going to happen,” said Miriam Ramos, a housekeeper at Bally’s in Atlantic City. “Most guests are nice and respectful, but every housekeeper has either been sexually assaulted or harassed doing her job, or knows someone who has.”

“I’m glad that the legislature and the governor are making it safer for us,” Ramos said.