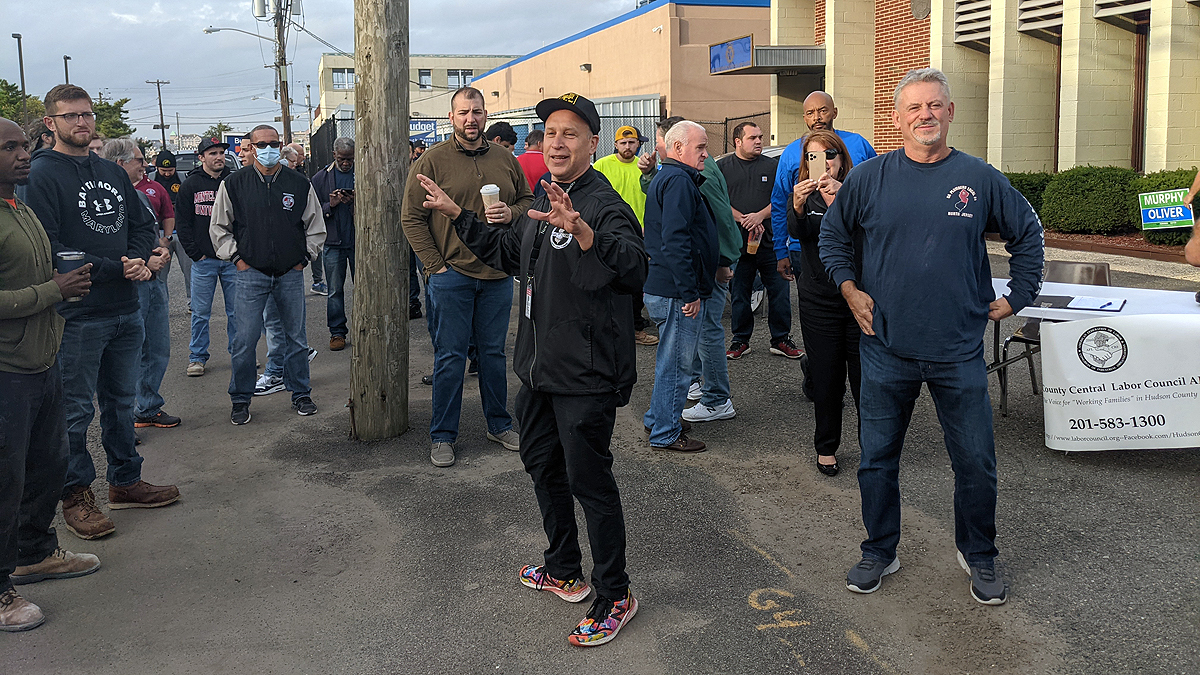 Union brothers and sisters have volunteered for labor walks every Saturday since the start of Election Season, and Gov. Phil Murphy appreciates their tireless efforts to support his re-election campaign and get out the vote.

That’s why our pro-union governor made a special trip to the Hudson County Central Labor Council on Saturday, October 9, to personally thank union volunteers for their commitment to getting him, Lt. Gov. Sheila Oliver, our New Jersey State AFL-CIO-endorsed candidates and our Labor Candidates elected this year.

The Hudson CLC-sponsored labor walk on October 9 was part of an ever-larger labor program statewide. From New Jersey CLCs north to south and east to west, hundreds of our union brothers and sisters from every sector of labor continued to mobilize for victory by educating union families about why electing pro-worker candidates from governor to school board will keep New Jersey on the right track.

Come join our brothers and sisters on labor walks every Saturday morning through October 30, and on Election Day. Time is running short! The voter registration deadline is this Tuesday, October 12. Vote-by-Mail is underway in New Jersey, with in-person Early Voting set for October 23 to 31 and traditional voting on Election Day November 2.

To volunteer, and for more information about the Murphy-Oliver administration and all endorsed candidates, plus how-to guides on registering to vote and casting your ballot, visit https://njaflcio.org/labor2021, Your Union Voter Resource.