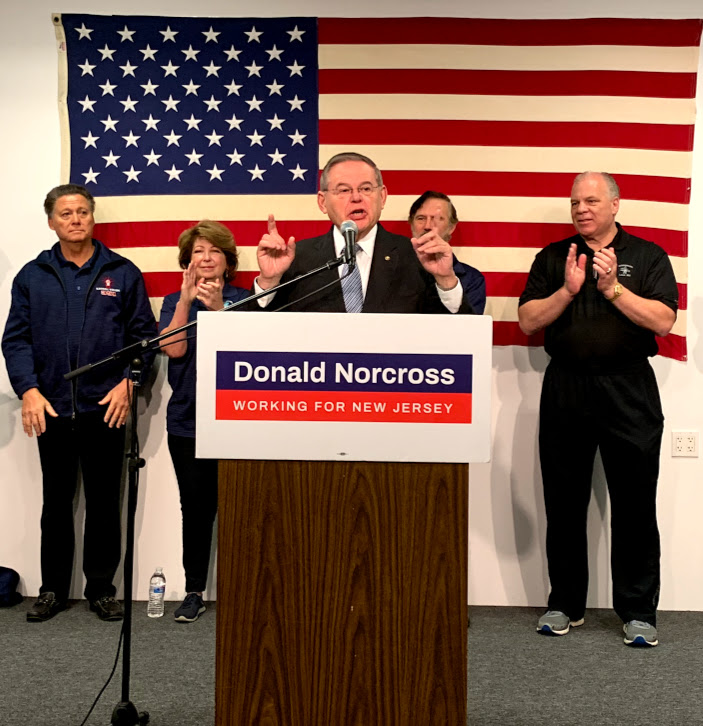 On Tuesday, Nov. 6, after what may have been the most consequential election in recent U.S. history, union members across New Jersey celebrated Bob Menendez’s reelection to the U.S. Senate as well as the election of all 12 labor-endorsed congressional candidates, nine State Senate and Assembly members, and fifty rank-and-file union members.

In light of the Supreme Court’s ruling in Janus v. AFSCME, as well as the recent attacks on workers’ rights and union rights, these victories could not have come at a better time for working families in New Jersey. Ultimately, the results attest to the exceptional mobilization efforts of organized labor and the New Jersey State AFL-CIO’s political program, a program unparalleled by any other in the state or nation.

This election was especially significant in that the nationally renowned New Jersey State AFL-CIO Labor Candidates Program notched its 1000th candidate victory, a mark many thought impossible to reach when the program first began more than two decades ago. Thus far, Tuesday’s election has seen 50 victories achieved by rank-and-file union members running for public office (with two races still too close to call), bringing the program’s total number of election victories to 1,024 and its all-time win ratio to 76%.

Moreover, in a stunning upset, labor-endorsed Democrat Andy Kim won the 3rd Congressional District—one of the most closely watched U.S. House races in the nation—beating Republican Tom MacArthur and flipping a key Republican district in New Jersey. He joins Mikie Sherrill, Tom Malinowski, and Jeff Van Drew, adding to the list of New Jersey State AFL-CIO-endorsed candidates who won U.S. House seats that had long been held by Republicans. With these victories, Democrats expand U.S. House majority to 11-to-1, the highest mark since 1912.

“Make no mistake: what made the difference tonight was our unified labor voice as well as the support we received from thousands of union volunteers; national, state, and local affiliates; Central Labor Councils, and Building Trades Councils,” said New Jersey State AFL-CIO President Charles Wowkanech.  “By gathering in solidarity every Saturday for labor walks, knocking on more than 366,000 doors, and delivering thousands of mail pieces around the state, we showed the nation what it means to be union strong.”

At the end of the day, not even the multimillion-dollar smear campaigns and hateful rhetoric of Bob Hugin, Jay Webber, Leonard Lance, and other anti-union politicians could silence the unified voice of New Jersey’s one-million member strong state labor movement. And now, with the midterm election behind us, New Jersey will lead the way forward for the rest of the nation, securing needed reforms that promote job creation, quality education, skills training, modernized infrastructure, affordable health care, equitable taxation, and a sustainable and secure retirement future for all working families.

“This election is only the beginning,” said President Wowkanech. “Organized labor will use this momentum to usher in a new era of progress for all working people that is long-overdue. Together, we made the difference, and together we will continue to be the driving force that moves our state forward and fulfills the promise of fairness, dignity, respect, and opportunity for all working people.”

Because of these graduates and their unwavering dedication to the labor movement and working families, several pro-worker pieces of legislation have been passed in New Jersey this year. This includes Paid Sick Days, Equal Pay for Women and Minorities, The Workplace Democracy Enhancement Act, and Unemployment Benefits for Striking Workers.