Menendez and Hugin Square Off in Heated U.S. Senate Battle 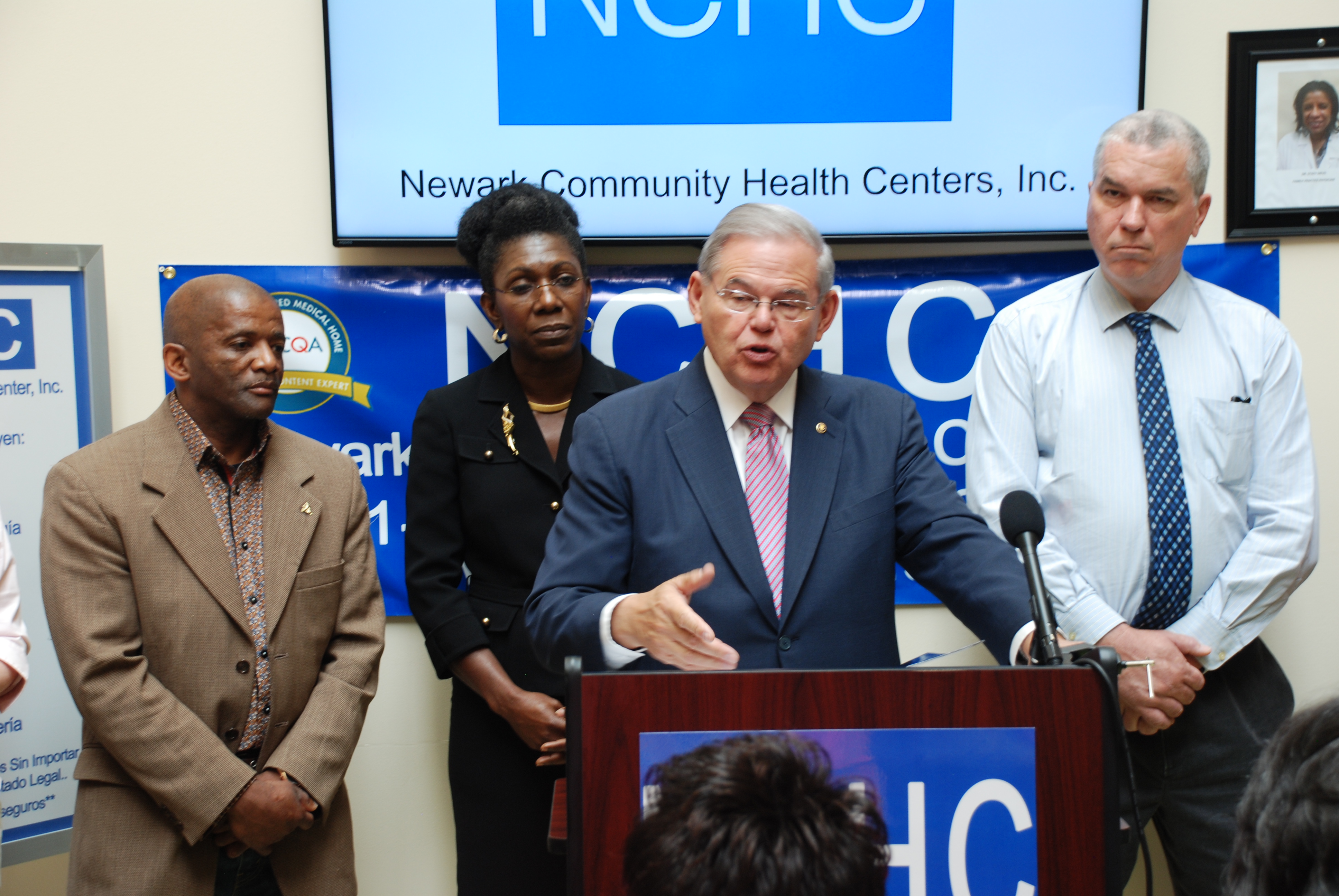 Since he was first elected to the U.S. Senate in 2006, Bob Menendez has fought to protect workers’ rights and to promote policies that strengthen and grow our middle class. His focus lies on ensuring fair treatment, basic rights, workplace safety, and a living wage for all workers.

For over a decade, Senator Menendez has been fighting to save American jobs and level the playing field with foreign competitors by opposing trade deals that hurt New Jerseyans. He has also secured funding to rebuild, improve, and protect our transportation infrastructure, which is critical to regional commerce and will in turn create hundreds of jobs.

Senator Menendez seeks to give Americans the tools for success, which is why he supported the Workforce Innovation and Opportunity Act to improve our nation’s workforce development, putting Americans back to work and giving workers the opportunity to advance their careers. In recent years, these programs have helped 20 million people annually find good jobs and a pathway to the middle class.

Senator Menendez also cosponsored the Lilly Ledbetter Fair Pay Act, which helps end pay discrimination. This law closed a loophole that made it easier for unscrupulous employers to get away with discriminating based on a worker’s gender, race, religion, sexual orientation, or disability.

On July 27th, following the Supreme Court’s decision in the case of Janus v. AFSCME Council 31, Sen. Menendez released a statement expressing his disapproval. “With this ruling, the Supreme Court has sided against our teachers and nurses, our police officers and firefighters, and all hardworking Americans who have chosen public service careers,” he said. “As devastating as this 5-4 ruling is, no court case will change the fact that unions play a key role in helping public employees to organize and act collectively to improve their work conditions and their relationships with their employers. We should make it easier for hardworking people to join unions and organize to defend their rights, not harder.”

On the other hand, Senator Menendez’s opponent, Republican Bob Hugin—a greedy pharmaceutical executive and Trump supporter—is not concerned with workers’ rights, and in many ways, a vote for him is a vote against the labor movement.

Hugin has already invested over $7.5 million of his own money into the race, much of which was spent on negative ads meant to smear his opponent’s reputation. In those ads, however, Hugin fails to mention that he supported and donated heavily to President Donald Trump’s 2016 election effort. Nor does he mention that he headed a New Jersey-based pharmaceutical company that raised prices 20 percent in less than a year on a key cancer drug, parked money overseas, and made it harder for companies to produce a generic version of its drugs.

Last summer, under the guidance of their executive chairman Bob Hugin, Celgene paid $280 million to resolve fraud allegations over its promotion of two cancer drugs for uses that were not approved by the FDA. Hugin’s company also made news headlines for “aggressively” raising prices on cancer drugs and was cited in a Bloomberg report for keeping more than three-quarters of its cash overseas.

The New Jersey State AFL-CIO is proud to endorse Senator Bob Menendez, who has worked with us in solidarity to ensure equality and dignity for all workers.