Over a Million Workers to Benefit from Statewide Minimum Wage Increase 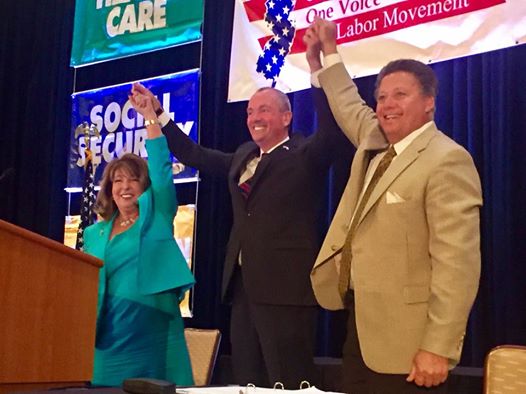 Hundreds of thousands of New Jerseyans are getting a raise today, the first in our state’s multi-year move toward a $15-an-hour minimum wage.

“Today marks a monumental step on our path to a stronger and fairer New Jersey,” said Governor Phil Murphy. “Our economy grows when everyone can participate in it – every hardworking New Jerseyan deserves a fair wage that allows them to put food on the table and gas in their car. Together, we are making New Jersey more affordable and giving over a million New Jerseyans a pathway to the middle class.”

Today’s wage hike, from $8.85 to $10, comes five months after Governor Murphy signed landmark legislation to raise the minimum wage to $15 an hour by 2024. After today, the statewide minimum wage will continue to increase by $1 per hour every January 1st until it reaches $15 per hour in 2024.

“Progressive initiatives such as raising the minimum wage have been a long time priority for the New Jersey State AFL-CIO, and today, we are extremely proud to celebrate our state’s first step in the path towards raising the standard of living for working, middle-class New Jerseyans,” said Charles Wowkanech, President of the New Jersey State AFL-CIO. “Anyone who works a full-time job should be able to provide their family with the basic necessities—shelter, food, clothing—and a $15 minimum wage will, no doubt, help lift countless workers out of poverty.”

The New Jersey State AFL-CIO thanks its affiliated unions, the legislators who voted in favor of a living wage, our labor candidates and our partners in the “We Are One” coalition for spearheading the fight for the $15 an hour minimum wage.  Without their advocacy, we would not have achieved this victory for the working poor of New Jersey.