In partnership with the national AFL-CIO and historical societies, the New Jersey State AFL-CIO honors African Americans who have made a significant impact in the labor and civil rights movements. We hope you meet them all.

Profile: Lucy Gonzales Parsons, who, during the Haymarket Riot, became active in the campaign to free the men. She soon became known by anti-union forces as “more dangerous than a thousand rioters.” 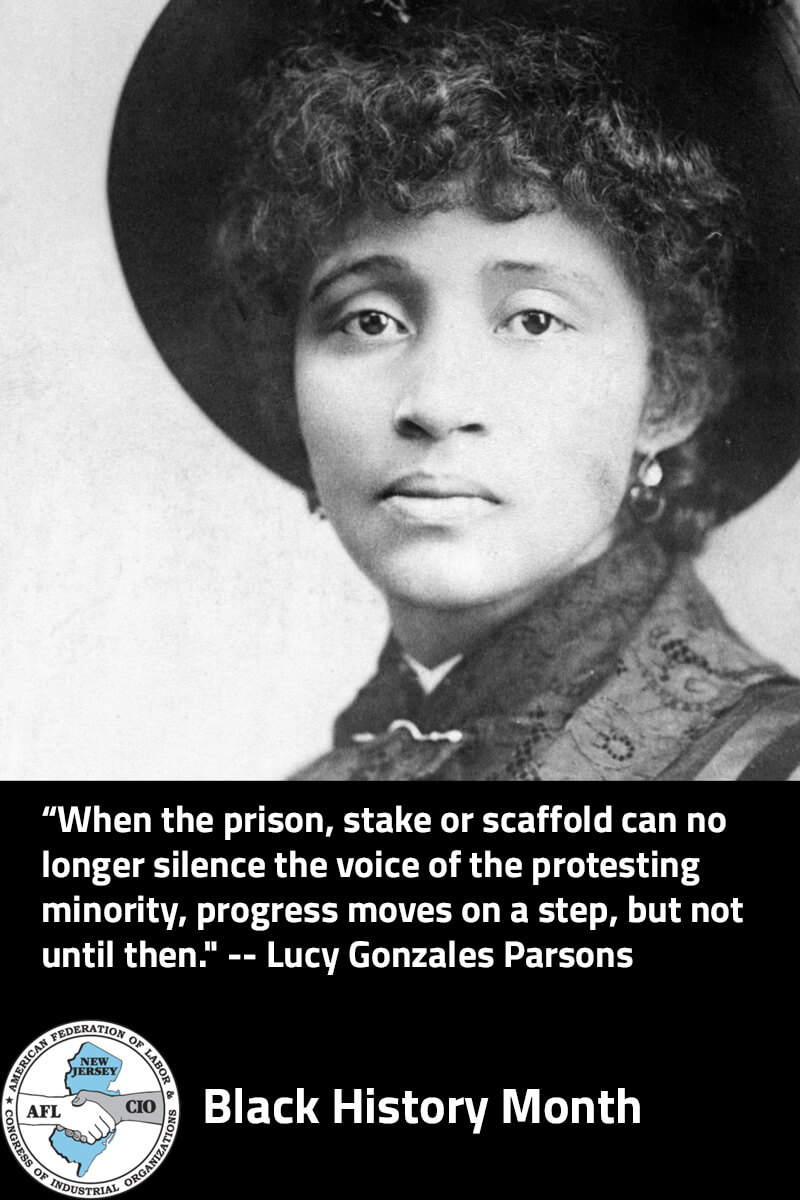