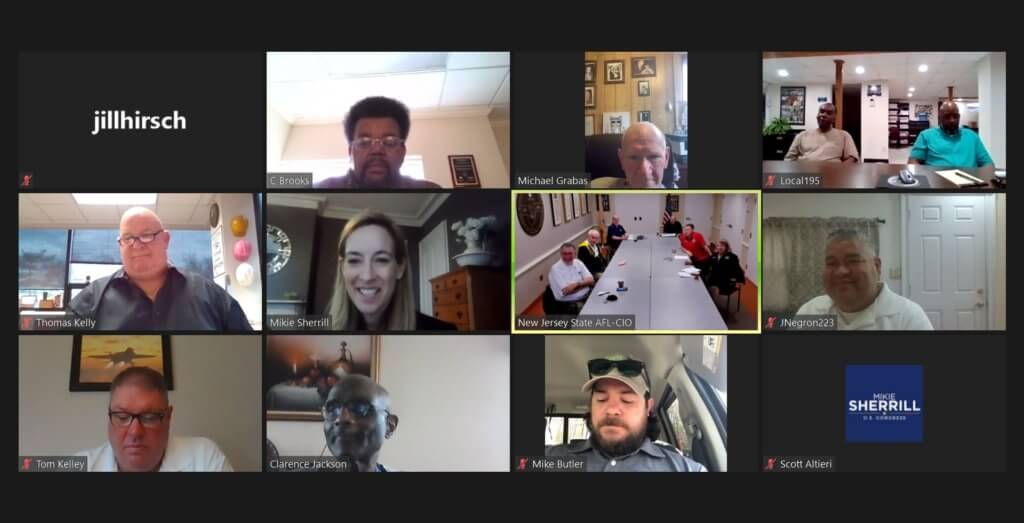 She detailed how the Protecting the Right to Organize Act – passed by the House of Representatives March 9 and pending a vote in the Senate – will lift men and women transitioning from military to civilian life by enabling them to get union jobs with good wages and fair benefits. Congresswoman Sherrill was an original co-sponsor of the PRO Act, and told the Union Veterans Council she has high hopes for its final passage, noting that President Joe Biden plans to sign it.

The American Rescue Plan, already signed into law, provides veterans with $14.5 billion for VA health-care improvements, $750 million for upgrades to veterans homes, $400 million for job training, and improvements to the GI Bill that let veterans resume their education. The congresswoman was rightly proud of these provisions, for which she advocated vigorously.

Congresswoman Sherrill – a Naval Academy graduate, former Navy helicopter pilot, and a Georgetown Law School graduate who served in the U.S. Attorney’s Office – continued her warm conversation with the council of union leaders who serve those who served under our nation’s flag. She shared how her grandfather’s job with General Motors through the United Auto Workers lifted her family into the middle class after World War II. She credited that legacy for her family’s success and promised to continue working for veterans and union members in the House, especially as a member of the House Labor Caucus and through her Armed Services Committee and Education and Labor Committee assignments.