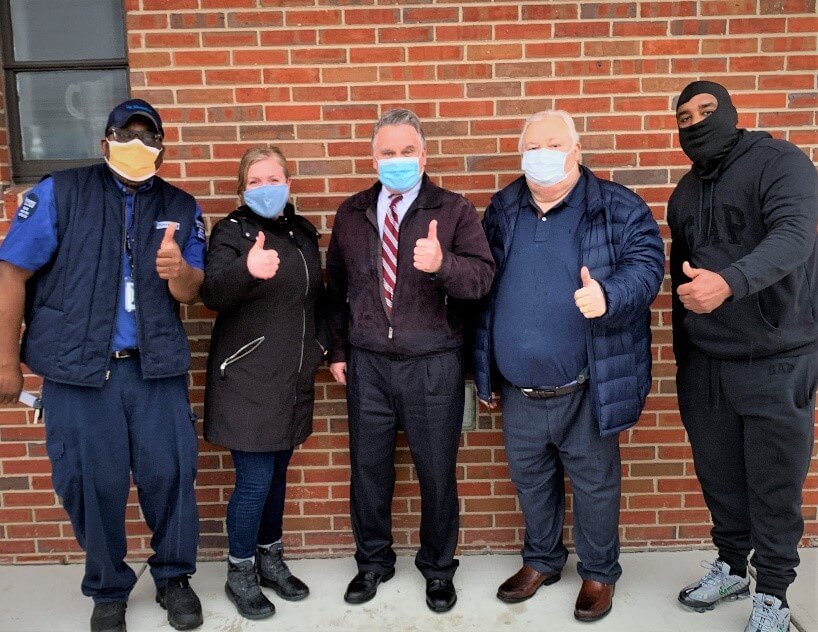 The New Jersey State AFL-CIO thanks union-endorsed Rep. Chris Smith, R-4th District, for continuing his long support of the labor movement by standing with our Teamsters brothers and sisters who are organizing the workers at Shred-it in Lawrenceville.

Congressman Smith visited Teamsters Local 469’s election drive on Wednesday, March 24, as Shred-it workers voted to form a union so they can bargain for better wages and benefits and a safer workplace.

At the request of Teamsters Local 469 President Fred Potter, Smith on March 13 met with Shred-it workers, including one who was illegally fired after notifying Shred-it that workers had filed for a union election. This egregious action by management sparked immediate action by the congressman.

Smith alerted the National Labor Relations Board, and on Wednesday, the NLRB confirmed to the congressman that the NLRB’s Newark Regional Office is investigating the anti-organizing allegations against Shred-it.

New Jersey’s working families can take heart in having a champion for their right to organize and for their workplace protections under the pro-worker National Labor Relations Act like Congressman Smith.