The New Jersey State AFL-CIO’s Union Veterans Council and the Bergen Central Labor Council held a Heroes Celebration at the New Jersey Veterans Home at Paramus on Wednesday, June 3, 2020, to honor the frontline union brothers and sisters on staff at the home, to thank them and the home’s administrators, and to humbly thank and praise the armed forces veterans living at the home. 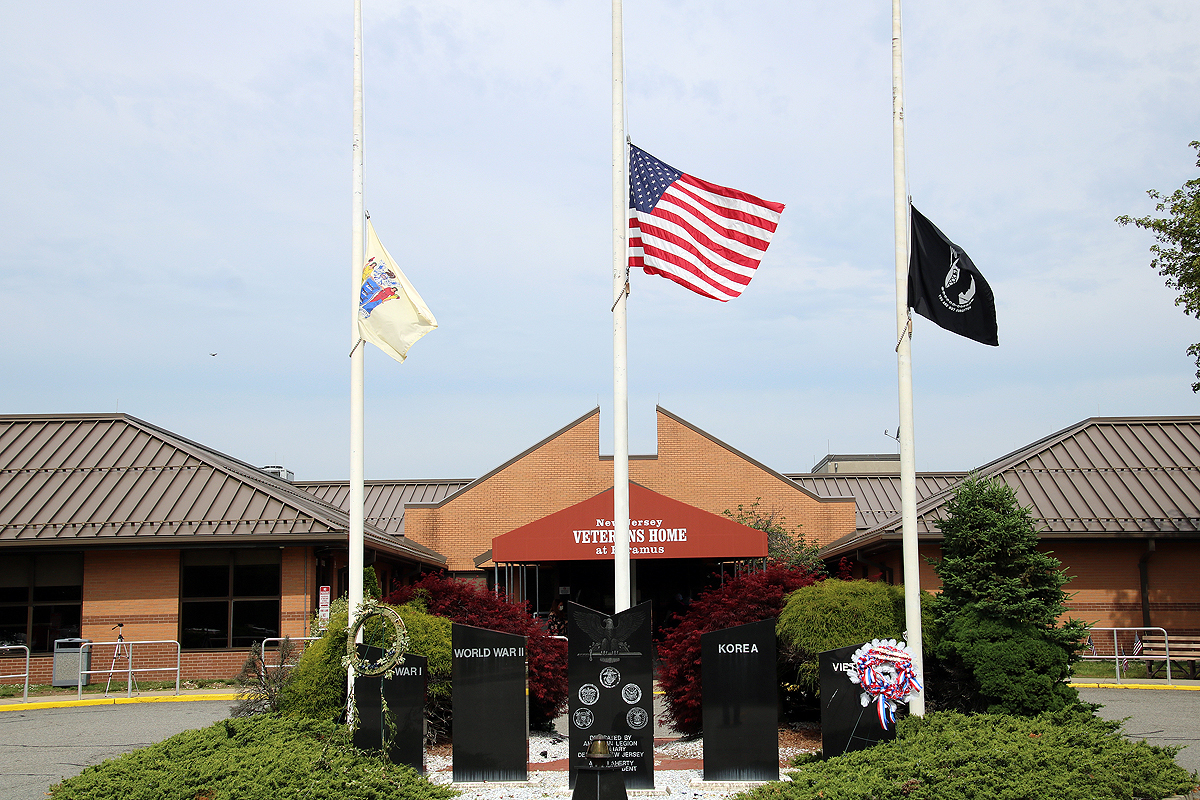 Image 1 of 36
Don Dileo, chair of the UVC Steering Committee and an Army veteran who served honorably and proudly, led the presentation of lunches for the staff, donated by the UVC and the New Jersey State AFL-CIO and its affiliated unions, and a gift of union-made baked goods and other snacks for the residents, donated by the Bakery Confectionery Tobacco and Grain Millers International Union.

“This is to thank the employees of the home for their tender care of our veterans who wore the uniforms of our country,” Dileo said. As a former representative of the employees in veterans homes, Dileo said, he has witnessed the care given to New Jersey and America’s vets. Because of this, the Union Veterans Council felt the need to give back, to care for the caregivers.

“At Christmas,” Dileo said, “the employees give gifts to the vets. They celebrate birthdays with them, they give clothing and other amenities through the year.

“They are awesome,” Dileo said. “And they are our heroes.”

State Sen. Joe Lagana of Bergen County, who is vice chair of the Senate Labor Committee and sits on the Military and Veterans Affairs Committee, praised the Union Veterans Council work as a huge emotional uplift for the staff and residents of the home. “This is the hardest-hit facility in New Jersey, probably in the nation,” Lagana said of the COVID-19 pandemic’s impact on the Veterans Home at Paramus. “For the unions to show such support…,” Lagana continued. “A simple sandwich goes a long way as a morale booster.”

The celebration started with a caravan of horn-tooting cars emblazoned with signs of thanks and support for the frontline heroes and the veterans. The union sisters and brothers who came out to see the caravan replied to the horns with cheers of their own.

The staff at the New Jersey Veterans Home at Paramus is represented by the American Federation of State, County and Municipal Employees, the Communications Workers of America, and the International Federation of Professional & Technical Engineers.