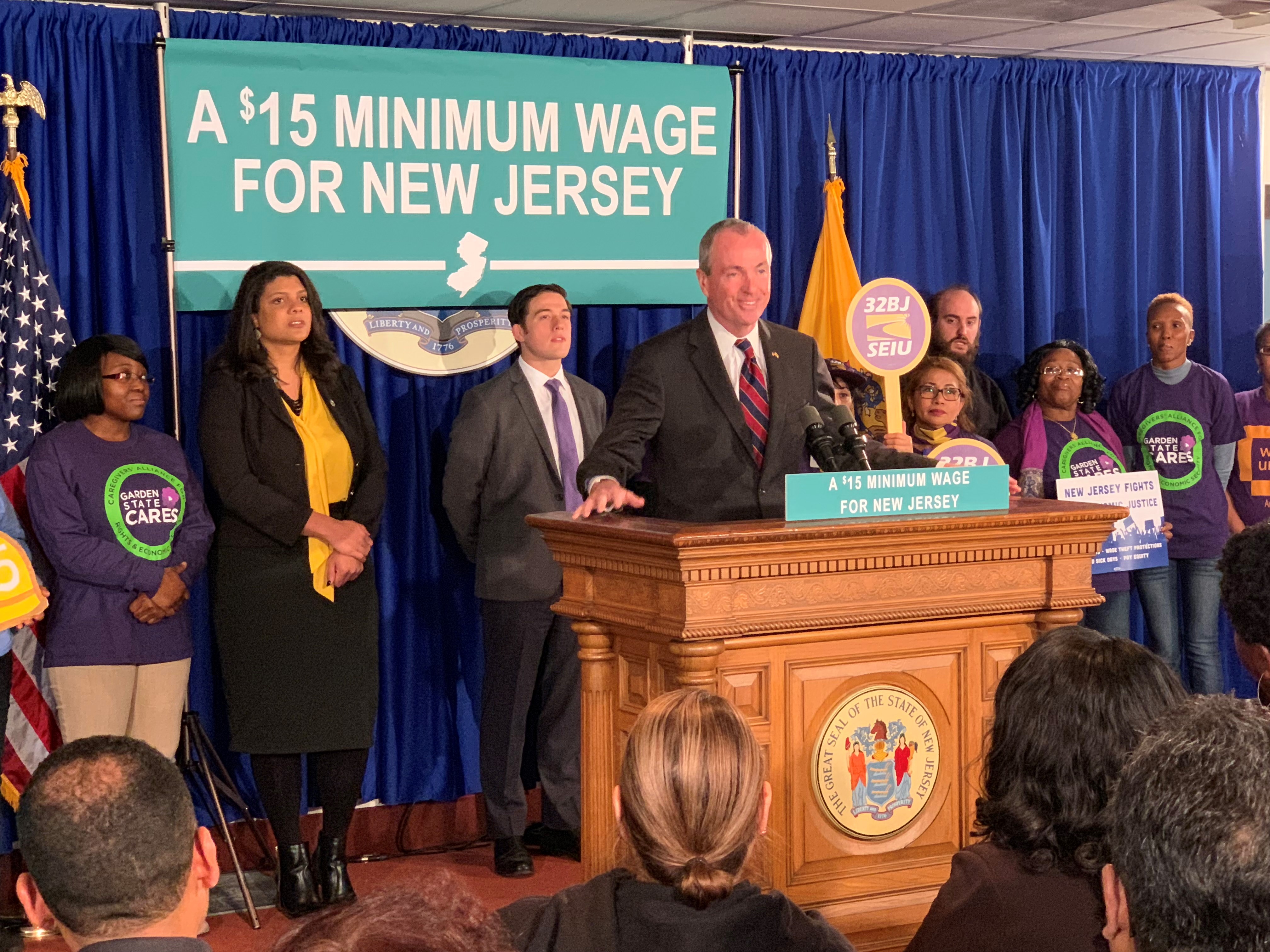 Recognizing the need for working families to receive livable wages, Governor Phil Murphy held a press conference today in Trenton to call on the Legislature to pass a $15 minimum wage bill before the end of the year.

New Jersey is one of the most expensive states in America, according to the Economic Policy Institute, and when adjusted for cost of living, our minimum wage is the 5th most insufficient in the country.

On January 1, the minimum wage in New Jersey will raise from $8.60 to $8.85, which equates to a mere $2 per day in an eight-hour workday. Had former Governor Chris Christie not vetoed the bill in 2016, the minimum wage would have raised to $12.50.

January’s scheduled raise is not nearly enough, according to Governor Murphy. “Going from the annual earnings of $17,800 to $18,400 means hundreds of thousands of families will still be living in poverty,” he said.

By raising the minimum wage to $15, Governor Murphy believes we can strengthen and protect the middle class and working families. He claims that these efforts to empower workers in our state will ultimately boost productivity and grow the economy.

The New Jersey State AFL-CIO is committed to ensuring that every worker in our state has the opportunity to earn a livable wage. That said, we encourage the Governor and Legislature to work together to raise the minimum wage to $15 an hour so that working people are able to earn a decent living and support a family.