Time, nature and the weather have taken their toll on the New Jersey Veterans Memorial Cemetery in Vineland, also known as the Soldiers Home Cemetery, and in the original spirit of Decoration Day, the New Jersey State AFL-CIO’s Union Veterans Council cleaned grime off the headstones and planted flags alongside them on Tuesday, May 18. 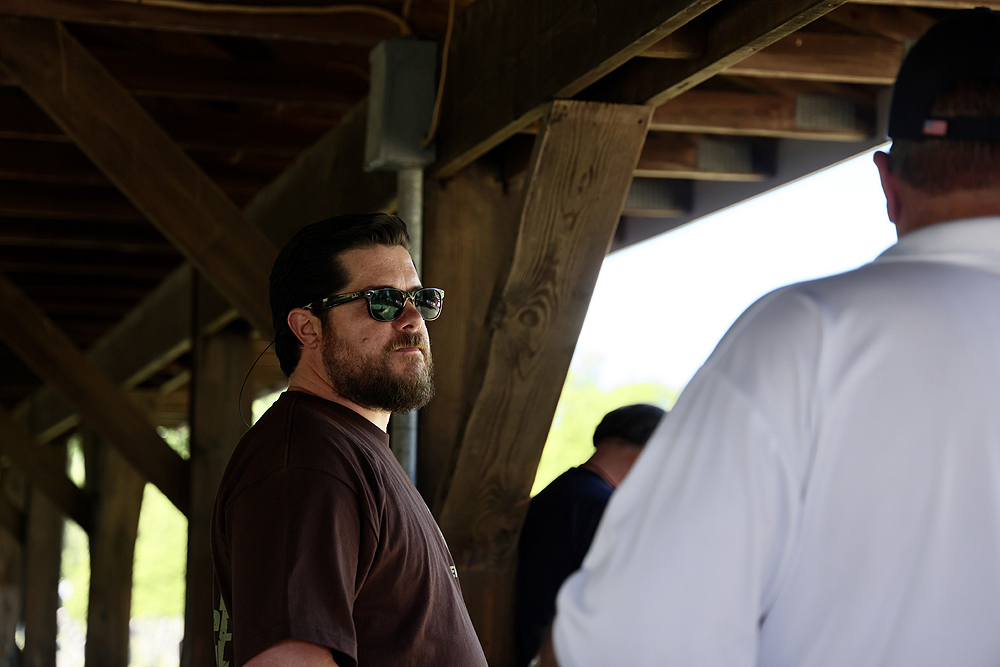 “We visited the residents and staff of the state Veterans Home here last year at the height of the pandemic,” said Army veteran and retired AFSCME member Don Dileo of Trenton, the chair of the Union Veterans Council. “After we brought lunch to the staff – socially distanced, of course – we paid our respects at the cemetery. That’s when we saw the need for a cleanup.”

The pre-Memorial Day service project on the grounds of the New Jersey Veterans Memorial Home demonstrated that solidarity among the military – like solidarity among union members – is an unbreakable link that stretches across continents and generations. Some of the white marble and granite slabs date back to the Veterans Home’s founding in 1899.

“When the men we honor today came back home from fighting in wars,” New Jersey State AFL-CIO President Charles Wowkanech said, “they often got jobs in substandard conditions. So they organized and fought for better wages and safe workplaces. They shaped the 20th century. They created the American middle class. To honor their achievements and continue the progress they started, the Senate needs to pass the Protecting the Right to Organize Act. Our 20th century heroes had the right to organize. Our 21st century heroes deserve that right, too.”

The 500-plus headstones, lined up straight and tall like the soldiers and sailors who rest beneath them, tell the history of bravery and service to our state and nation dating back to the Civil War. All of the memorials testify that New Jerseyans and the families they left behind to answer the call of duty were dedicated to freedom and democracy until their last breaths.

For example, veterans of the 15th New Jersey Infantry Regiment of the Union Army are buried here. These men renowned for their strength and endurance displayed their valor at the Civil War turning-point battles of Fredericksburg, Chancellorsville, Gettysburg, the Wilderness and Spotsylvania, among others.

“We’re extremely proud of our Union Veterans Council,” said New Jersey State AFL-CIO Secretary-Treasurer Laurel Brennan, liaison to the council. “Time and time again, they put their union values like solidarity and equality into action like this cleanup. They delivered much-welcomed union-made snacks to Veterans Home residents all over the state, and they are always helping military men and women transition to civilian lives. Very often, that means good union jobs.”

The New Jersey State AFL-CIO’s Union Veterans Council is composed of union members who served in the armed forces. They tirelessly spread the word about the value of union membership, provide fellowship and other appropriate support to veterans of all ages, and hold memorial ceremonies to honor those who made the ultimate sacrifice.