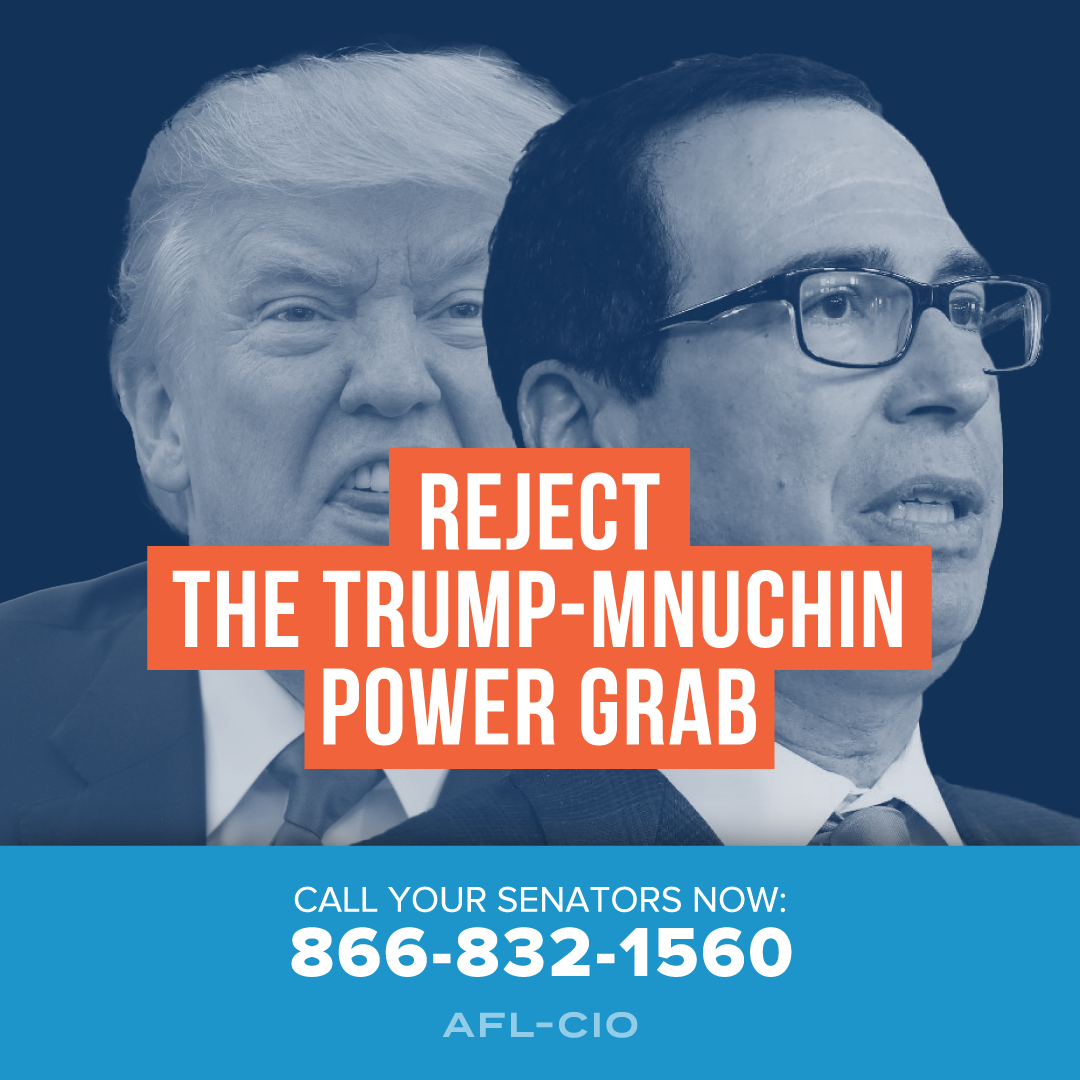 Image 1 of 3
A stimulus package that Democrats say is tilted too far in favor of businesses stalled in the Senate Sunday night on a procedural vote, 47-47. It needed at least three-fifths of the Senate to vote for its passage, normally 60 votes.

AFL-CIO President Richard Trumka made the following statement after the Senate failed to advance the bill:

“We commend the 47 Democratic senators under the leadership of Sen. Chuck Schumer who voted to reject legislation that would have left workers behind while further entrenching money and power in the hands of corporations. Now it is time for the Senate to bring forward a better deal that addresses the public health crisis, keeps workers on the job, creates a real safety net for the unemployed and prohibits companies from using government assistance to lay us off, cut our benefits or enrich themselves.

“This is not a moment for corporate power grabs or crony capitalism,” Trumka said. “Working people deserve better.”

Senate Minority Leader Schumer, D-N.Y., said the legislation was drafted by Republicans “with no protections for workers and virtually no oversight.” Schumer said he prefers legislation that would give more direct payments to workers, and would send more material support to frontline health workers.

House Speaker Nancy Pelosi, D-Calif., said McConnell’s proposal didn’t do enough to protect workers and gave too much to corporations.

McConnell had asked the Senate to pass the bill by Monday, but the chances of a Monday approval are not likely after Sunday’s vote.

— Information from AFL-CIO, USA TODAY and The Washington Post