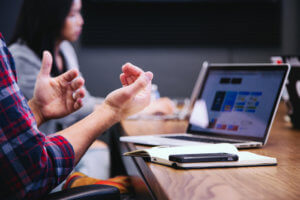 Union members understand the importance of a fair collective bargaining process.  And elected officials understand the importance of controlling costs.  There is state legislation that is currently advancing that seeks to make changes to the bargaining process for certain local government public employees that helps to achieve both.  Please note that police, firefighters and K-12 teachers are not covered by the major provisions of the bill described below.

Under current law, local government managers may “impose” a contact on union workers. Although “imposition” is not common, the threat of imposition during contract negations is very real.  Public sector workers are forced to bargain with an understanding that they have much to lose if they don’t accept management’s demands. The threat of imposition, combined with a public sector union’s inability to strike, leaves these workers with few options at the bargaining table.

“Non-imposition” law currently applies to K-12 school contracts.  This means that if a contract expires, the workers continue to operate under the terms of the previous contract until a new contract is agreed to.

This legislation seeks parity for other local government workers with existing law that already covers teachers.  Furthermore, under current law, police and firefighters have binding interest arbitration so they also cannot have a contract “imposed” upon them.  Non-teaching, civilian local government workers are the only public workers that can have a contract imposed upon them and there is nothing they can do about it because it is illegal to strike.

Statewide local government lobbying organizations and some local government officials are opposing this bill and advocating for resolutions to be passed at the municipal and county level expressing their opposition to their state legislators. We are providing information to you so if such a resolution is debated in your area, you have the facts.

Legislation currently advancing in the State Legislature has the potential to help both labor and management at the local government level during union contract negotiations. As the bill continues to be debated, understanding how the provision referred to as the “scope of bargaining” functions during contract negotiations is important.

Recently, certain press articles have contained misinformation regarding this bill, and some local government officials misinterpreted certain provisions of the legislation. We are seeking to clarify what the legislation actually does and doesn’t do.

The reason the New Jersey State AFL-CIO, AFSCME, AFT, CWA, IFPTE and other local government unions are seeking this change is best illustrated by the 2020 memorandum of understanding (MOU) between the Murphy Administration and the CWA state worker unions, entered into due to anticipated revenue loss related to the pandemic. A similar agreement was reached in 2009 by Gov. Jon S. Corzine and CWA due to the “Great Recession.”

In exchange for deferred raises and unpaid furlough days, layoffs of state workers were avoided.

As positive as the outcome of these agreements was for both labor and management, due to the current state law governing the scope of bargaining, a straightforward agreement to save taxpayers millions of dollars by deferring salary increases or furloughing workers in return for a time-limited promise not to lay off employees is not an enforceable agreement.

That is the case even though a local elected ofﬁcial determines that such an agreement is in the public interest.

The same is true with respect to subcontracting.

Again, to save jobs a union may be willing to make signiﬁcant economic concessions that will result in signiﬁcant savings for taxpayers and avoid the need to subcontract. However, a simple agreement not to subcontract in return for concessions by a union and its members is also unenforceable.

By making the decision to lay off or subcontract a “permissive” subject of negotiations, the bill confers upon elected officials the discretion to enter into such agreements.

Importantly, it is solely up to local elected officials as to whether or not they are willing to even entertain a discussion over such subjects. The bill does not require negotiations. or even discussions, over these subjects — and certainly does not compel an agreement.

Instead. the bill merely empowers elected public ofﬁcials to decide if an agreement to save taxpayers hundreds of thousands of dollars, or even millions of dollars, is in the public interest.

The union CANNOT ﬁle a grievance against the local government if it refuses to agree to a permissive topic of bargaining — including layoffs and subcontracting.

The union CANNOT take the local government to arbitration if it refuses to agree to a permissive topic of bargaining.

Nothing in the bill allows negotiation disputes to be submitted to compulsory interest arbitration. Permissive subjects can only be included in a collective bargaining agreement if management agrees.

Establishing a permissive category of negotiations is a helpful new tool for both labor and management. It permits, but does not require, a union and a public ofﬁcial to enter into a broader
range of agreements that save taxpayer dollars and preserve the jobs of public employees during times of extreme ﬁnancial hardship — such as the great recession and the pandemic.

If this legislation comes before you for debate in the form of a resolution, please inform us at the New Jersey State AFL-CIO.  Our Legislative Affairs Director Eric Richard can be reached at 609-989-8730 or ericrichard@njaflcio.org and would be happy to discuss the bill further with you or answer any question you may have about it.