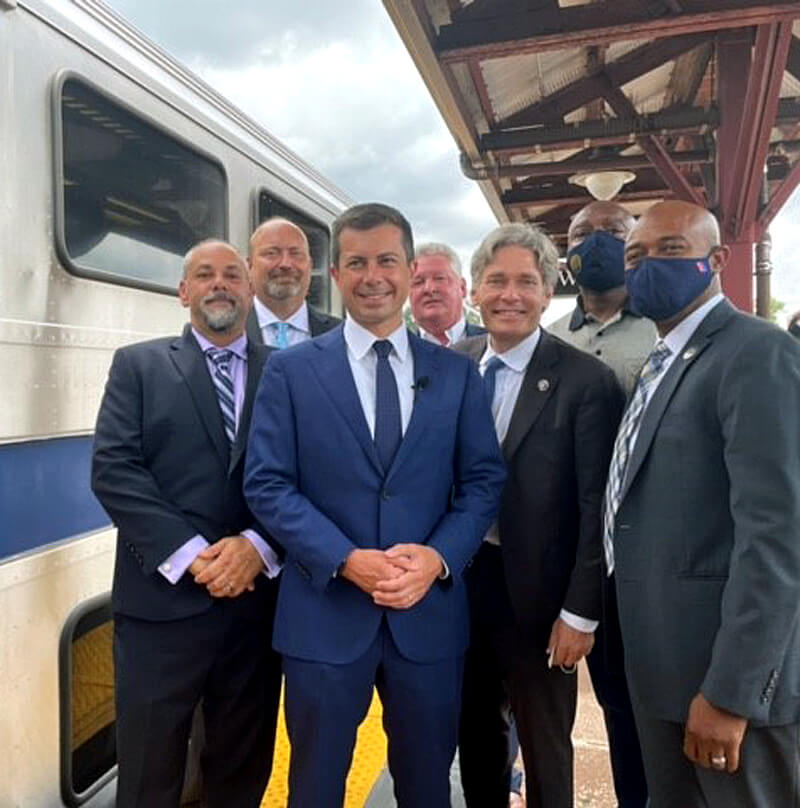 Speaking at a press conference in Westfield after a fact-finding train trip from Somerville, Buttigieg confirmed that $4.1 billion is targeted for public transit in New Jersey. He said long-overdue maintenance and construction projects like a new trans-Hudson rail tunnel are on their way, providing what he and the congressman said would be hundreds of thousands of good, well-paying union jobs.

The $1.2 trillion Bipartisan Infrastructure Deal bill is up for a final vote in the Senate sometime after tomorrow morning; passage in the Senate will send the bill to the House of Representatives for consideration.