Carey Brown re-elected to PERS Board of Trustees in landslide 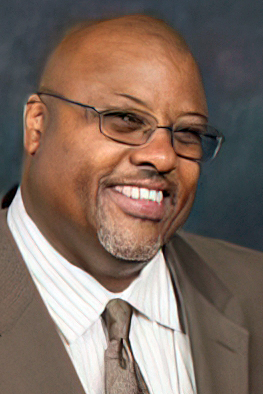 By a nearly 2-1 margin, AFT Brother Carey H. Brown has been re-elected to the New Jersey Public Employees’ Retirement System Board of Trustees as State Worker Representative.

Brother Brown’s landslide re-election, 5,274 votes to 2,920, was announced by PERS on July 21, 2021. It keeps a strong labor voice on the Board, where six union members have seats and take active roles in safeguarding the well-earned retirement security of public servants.

Brother Brown was endorsed by AFSCME, AFT, CWA, IFPTE, and other unions in the election, which had PERS members voting from March 29 through the extended deadline of June 28.

The proud member of Kean Federation of Teachers/AFT 2187 ran on his record of vocal advocacy for public employees as a PERS Trustee, and he credits his solid victory to union endorsements and the tireless campaign activities of the New Jersey State AFL-CIO Public Employees Committee.

PERS has the responsibility of investing public employees’ retirement savings. The PERS Board of Trustees watches out for the best interests of retirees and future retirees.