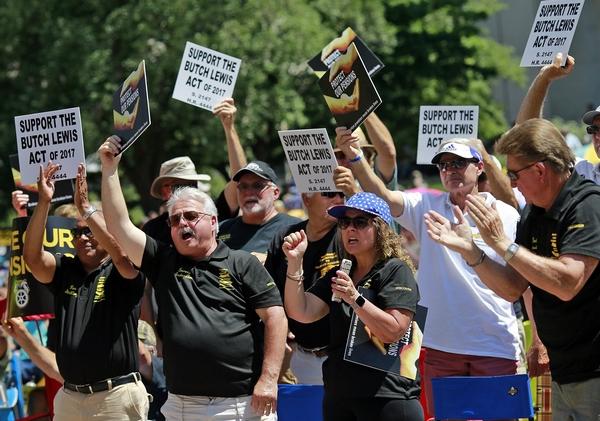 On Wednesday, June 24, the U.S. House of Representatives voted to pass H.R. 397, the Rehabilitation for Multiemployer Pensions Act, more commonly referred to as The Butch Lewis Act. The legislation addresses the nation’s worsening multiemployer pension crisis.

“I participated in the multiemployer pension system for 37 years, as both a rank-and-file worker and a negotiator. I know that millions of workers have earned their pensions and deserve safe, secure retirements,” said Congressman Norcross. “After the financial collapse, Congress acted to take care of Wall Street. If you can save the banks, you can save the people. I look forward to continuing to work with my colleagues from both parties to solve this crisis and keep the needs of hardworking men and women front and center.”

There are currently 1,400 multiemployer plans covering about 10 million people throughout the United States. A significant number of these plans have funding problems and face the threat of running out of money. If they do, retirees, workers and their families would lose benefits earned over a lifetime of work, through no fault of their own.

The Butch Lewis Act includes provisions that would establish a Pension Rehabilitation Administration within the Department of the Treasury and a trust fund that would provide low-interest government-guaranteed loans that pension plans could pay back over the course of 30 years. This would provide an urgently needed boost to financially troubled multiemployer pensions.

“The Butch Lewis Act provides stability and retirement security for millions of hardworking Americans,” said Charles Wowkanech, President of the New Jersey State AFL-CIO. “On behalf of the labor community, I thank Congressman Norcross and all the Representatives from New Jersey who stood with working families in support of this important legislation.”