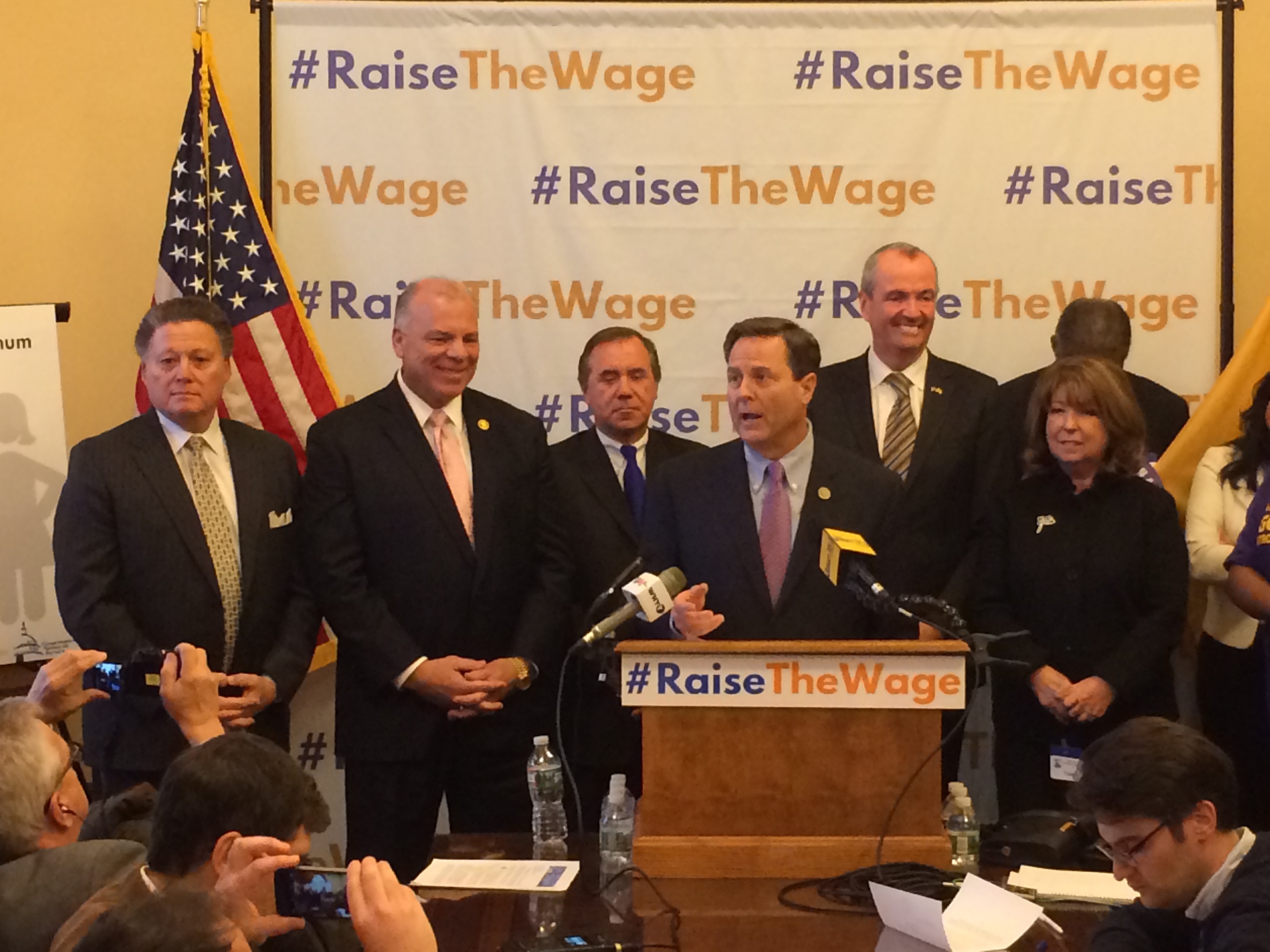 The bill passed by a vote of 231-199, with all of New Jersey’s Representatives voting “YES,” including Congressman Chris Smith (R4), who took a stand as one of only three Republicans to support the bill.

“Today is a good day for America’s workers. The House of Representatives finally voted for the first time in more than a decade to lift fulltime workers out of poverty and I want to specifically thank every single one of New Jersey’s representatives for standing up for working families,” said Congressman Norcross. “I’ve worked for minimum wage and I was once a young single dad raising my son and having to balance work, family life and a checkbook. Back then it was hard. Today, for far too many Americans, it’s nearly impossible. When people finally receive $15 an hour, they’ll spend more, become less reliant on government assistance and give our economy a needed boost.”

Congressman Norcross has a long history of fighting to raise wages. As both a business agent for International Brotherhood of Electrical Workers (IBEW) Local 351 and President of the Southern New Jersey AFL-CIO, he fought day in and day out to ensure South Jersey workers had good-paying jobs. Moreover, in the New Jersey state legislature from 2009-2013, he was part of the successful fight to raise the minimum wage.

“We couldn’t be more proud of Congressman Donald Norcross, members of the New Jersey Congressional delegation, organized labor and progressive activists for their persistence and dedication,” said Charles Wowkanech, President of the New Jersey State AFL-CIO. “Anyone who works a full-time job should be able to provide their family with the basic necessities—shelter, food, clothing—and a $15 minimum wage will, no doubt, help lift America’s workers out of poverty. We did it in New Jersey – and now it’s time for American to do the right thing for working people and the smart thing for our economy.”

“Thanks to the tireless work of Congressman Norcross, we’re celebrating our country’s first step in the path toward raising the standard of living for low- and middle-wage workers in more than a decade,” said Laurel Brennan, Secretary-Treasurer of the New Jersey State AFL-CIO. “Now, we need the Senate to follow the House’s lead and the state of New Jersey’s lead and lift millions of Americans out of poverty.”