Successes and Achievements Honored with the 2019 Path to Power Award 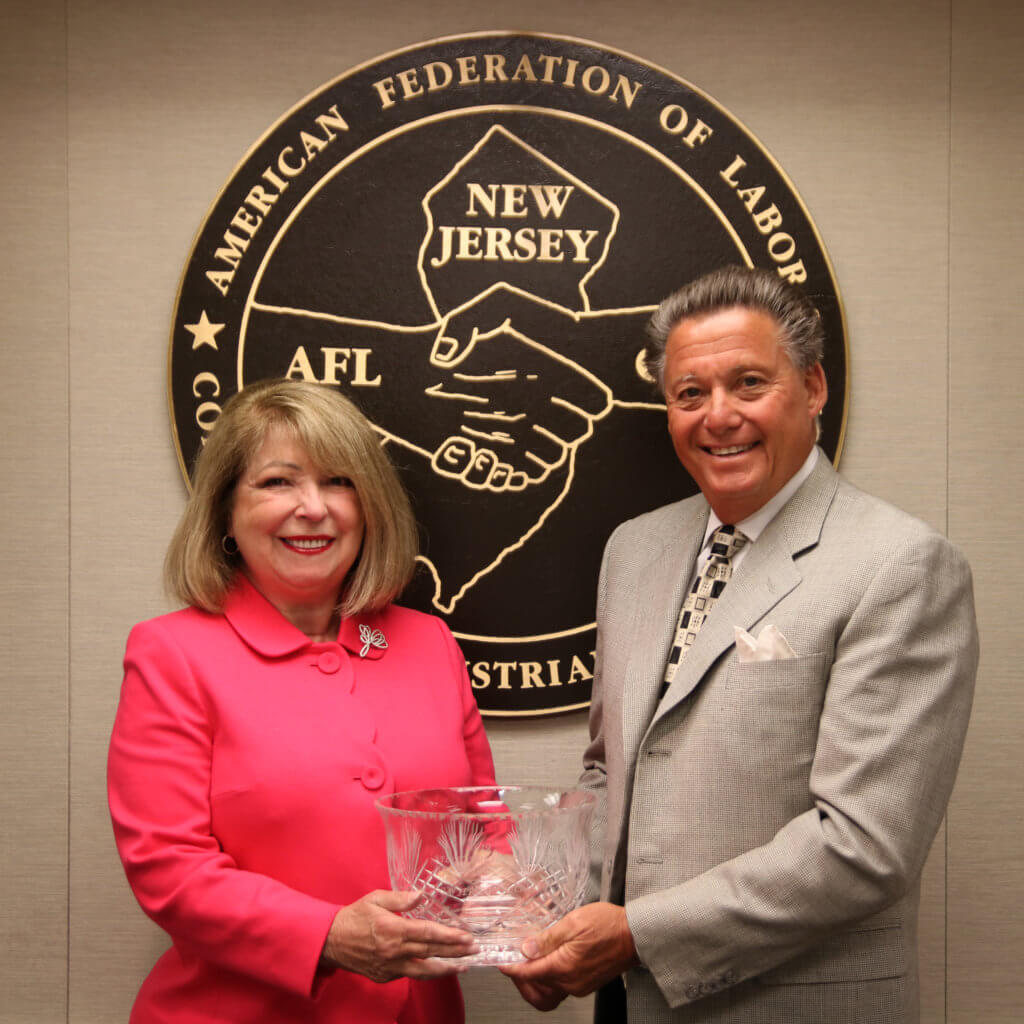 Our labor legislators have championed legislation that enhanced the lives not only of union members but all working families in the state. They sponsored landmark laws that increased wages, reformed unemployment insurance and workers compensation, guaranteed unemployment payments for striking workers, established and expanded paid family leave, added health and safety protections at every type of workplace including PPEs during the pandemic, forged first-in-the-nation project labor agreements statewide, and gave public employees card check neutrality. Labor candidates have supported organizing drives, weighed in on difficult contract negotiations and walked picket lines, acting on their union values.

The list of pro-worker legislation sponsored by labor candidates goes on and on, proving how invaluable the New Jersey State AFL-CIO Labor Candidates Program is to our union members and to our allies.

Since 1997, the nationally recognized New Jersey State AFL-CIO Labor Candidates Program has achieved 1,138 election victories at every level of government from federal to local. The program is well underway for the Nov. 2, 2021, election, with more than 60 candidates running for office.