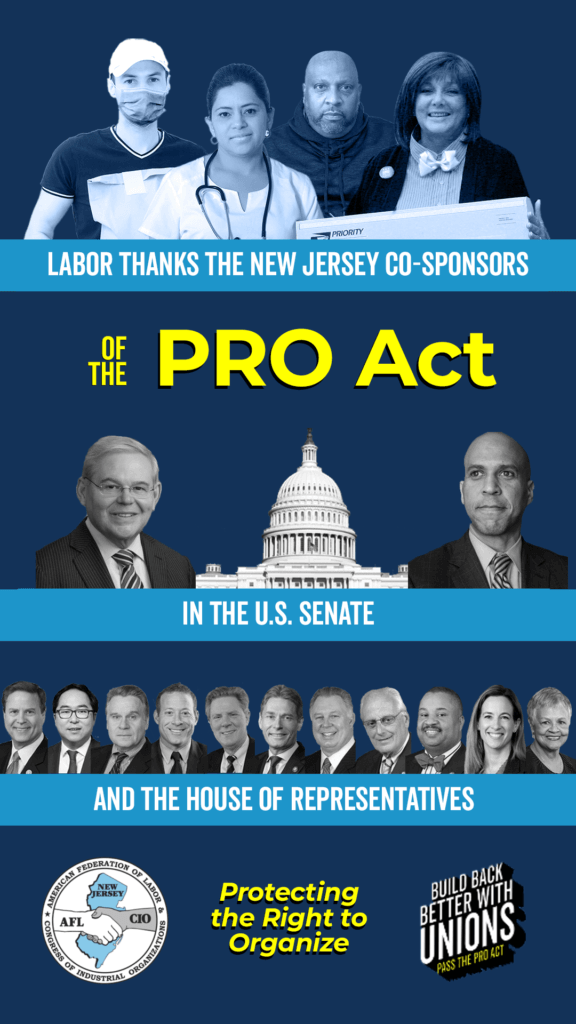 With House of Representatives passage of the Protecting the Right to Organize Act yesterday, the New Jersey State AFL-CIO joins with all of America’s labor movement and President Joe Biden in urging the Senate to pass these long-overdue historic reforms.

“We are grateful to New Jersey’s entire House delegation for their leadership in co-sponsoring and voting for the PRO Act,” New Jersey State AFL-CIO President Charles Wowkanech said. “More workers than ever before want the job security, good wages and benefits, and workplace safety and fairness that only a union contract brings. The PRO Act will clear the path for working men and women to organize without interference.

“We also thank our U.S. senators for their support of the PRO Act,” President Wowkanech continued, “and we ask them to urge their colleagues to vote for this bill so President Biden can sign it quickly.”

U.S. Sens. Robert Menendez and Cory Booker, both D-N.J., are co-sponsors of the PRO Act in the Senate. Debate and a vote on the legislation are still pending.