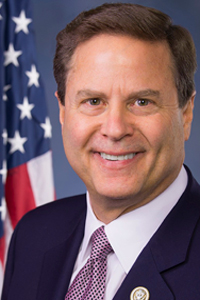 The New Jersey State AFL-CIO congratulates our IBEW Brother, Rep. Donald Norcross, D-1st District, on his reappointment as an assistant majority whip in the House of Representatives, and wishes him continued success in this important and prestigious position.

As an assistant whip, Brother Norcross advises his colleagues about bills before Congress and works to build unity among House Democrats.

Congressman Norcross is co-founder of the Labor Caucus, which advocates in Congress for the needs of the labor movement, and is co-founder of the Building Trades Caucus. He serves as vice chair of the Bipartisan Task Force to Combat the Opioid Epidemic, and is a member of the Science, Space and Technology Committee, the Armed Services Committee and the Education and Labor Committee.

Congressman Norcross is the House Democratic Steering and Policy Committee’s parliamentarian and vice chair of the Congressional Progressive Caucus.

The New Jersey State AFL-CIO thanks Congressman Norcross for his years of advocating for working families and looks forward to working with him in the future.