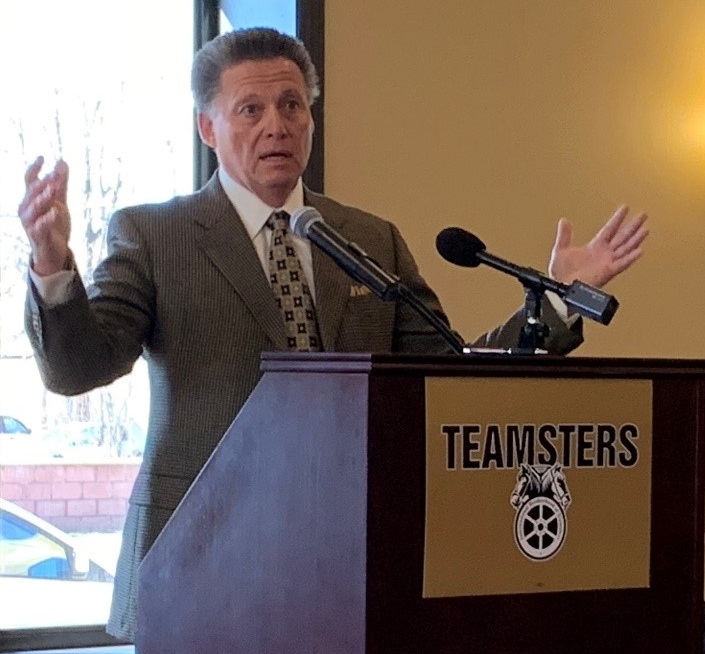 “Enough is enough. For a month, thousands of working families across New Jersey have been held hostage by the Trump Shutdown over a useless border wall the president promised Mexico would pay for,” said Sen. Menendez. “Donald Trump and the Republican leadership may not know the real people they’re hurting—or even care—but I do. They are proud public servants working without pay or anxious to get back to the jobs they love. They are our neighbors and friends, struggling to put food on the table or keep a roof over their heads. And not one of them is responsible for this mess. Mr. President, Mr. McConnell – stop the insanity and end this—now.”

As a result of the government shutdown, more than 5,000 federal employees in New Jersey are either on furlough or working without pay. Many of these workers live paycheck to paycheck and do not know when or if they will be able to afford rent, food, and medicine.

Among those suffering are the employees of the FAA William J. Hughes Technical Center (WJHTC), the nation’s premier air transportation system laboratory and southern New Jersey’s largest employer next to the casino industry. The WJHTC Unions include the American Federation of Government Employees (AFGE), the National Air Traffic Controllers Association (NATCA) and the National Federation of Federal Employees (NFFE). During Monday’s event, WJHTC employees took to the stage in an effort to shed light on the devastating impact the shutdown has had on their families and the WJHTC community.

Maureen Smith, who has worked two weeks at the FAA Tech Center without pay, talked about the struggles of being an essential employee who is working for no money.

“It’s hard to watch my friends and co-workers go through this,” she said. “There are more people sent home each week”

New Jersey State AFL-CIO President Charles Wowkanech also addressed the crowd, expressing his concern for the hundreds of thousands of working families who are struggling because of Trump’s insistence on a wasteful and unnecessary border wall.

“It’s reprehensible that the men and women who serve our country, who work tirelessly at our airports, our federal prisons, our borders, our post offices, and our national parks—among many other worksites and offices—are going home empty-handed,” said President Wowkanech. “They deserve better, and it is our responsibility to make sure they are compensated for their dedicated service to our nation.”

Monday’s event is the first of many as the New Jersey State AFL-CIO continues to push for Trump and Congressional Republicans to open the government.