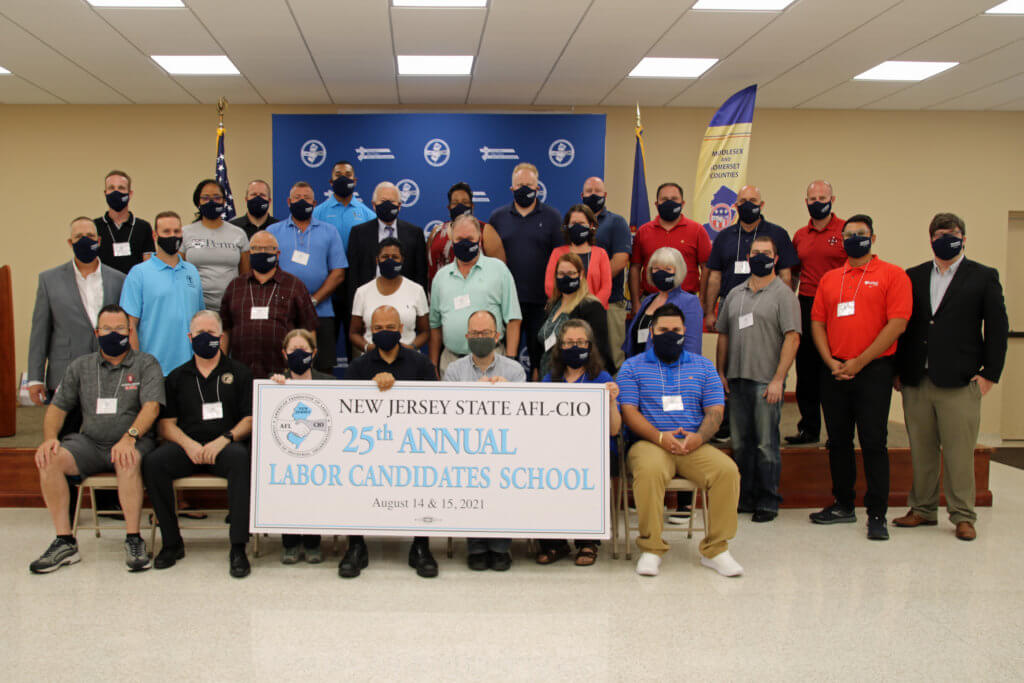 After a weekend of exciting, interesting and engaging classes and workshops, some 30 New Jersey union brothers and sisters are better prepared to succeed as candidates for elected office, thanks to the New Jersey State AFL-CIO’s 25th Annual Labor Candidates School.

The two-day school was dedicated to the memory of AFL-CIO President Richard L. Trumka, a stalwart supporter of the New Jersey Labor Candidates Program. The union values President Trumka dedicated his life to were the foundations of every session: Solidarity. Loyalty. Justice. Dignity. Respect. Prosperity. Fairness. Democracy. Courage. Shared Humanity.

The Labor Candidates School participants, approved by their local unions and Central Labor Councils, have filed to run in this year’s election for local and state offices, or are seriously considering a run in the future.

Presentations by fellow union members and other nationally acclaimed experts on August 14 and 15, 2021, progressed from making a campaign plan and executing it to crafting an effective message and determining the right medium for delivering it. With a clear vision of the 21st century digital environment, the Labor Candidates School included sessions on persuasion through social media platforms and information delivery over the internet.

Other key topics included building a base of voters and maintaining and increasing contacts with them; interacting with voters through personal contact and public-speaking events; getting those voters out to the polls, including voting by mail and early voting; compliance with election laws regarding finance and other regulations, and raising the right amount of funds to conduct a successful campaign.

Since its inception in 1997, the New Jersey State AFL-CIO Labor Candidates Program has shepherded 1,138 election victories. The state labor movement wishes all labor candidates success at the polls this year.