In his State of the State Address, Gov. Phil Murphy laid out a road map of active support for New Jersey’s working families. His plans for 2021 will add to his three years of pro-labor accomplishments that include the steadily increasing minimum wage, earned sick leave, expanded paid family leave, and a host of emergency relief laws and executive orders that battle the COVID-19 pandemic and the economic ruin it caused. 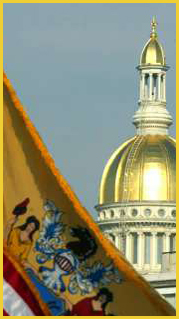 “The governor and Legislature stepped in with aid when the federal government did not,” President Wowkanech pointed out. “Through Governor Murphy’s leadership, we have a clear plan to put people back to work in well-paying union jobs.”

Key pro-labor elements of the governor’s agenda for his fourth year in office include:

“Governor Murphy is promising real progress for New Jersey,” President Wowkanech concluded.  “We look forward to our continued partnership with the governor and the state Legislature as we all work to revive New Jersey’s hard-hit economy.”