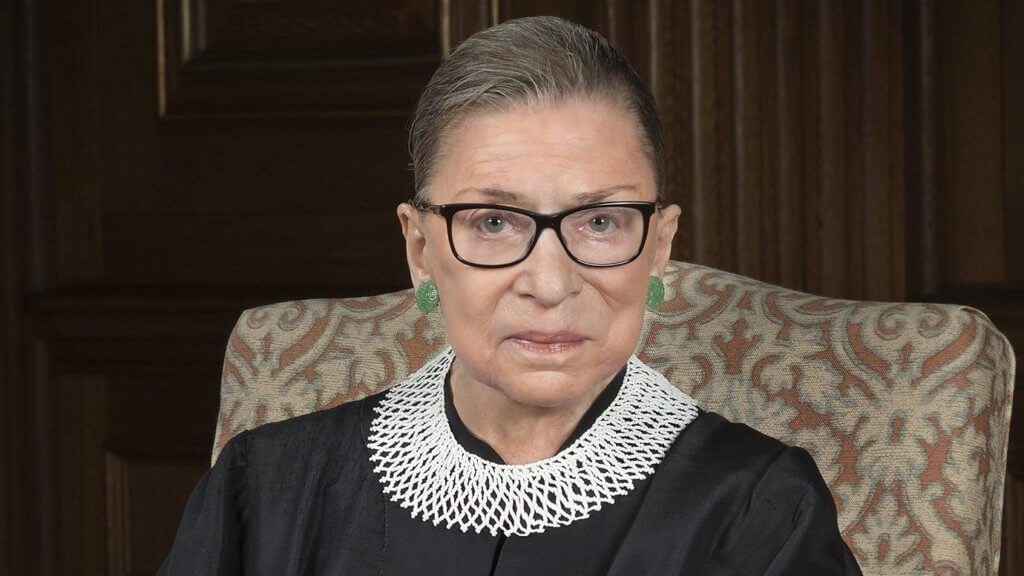 “Justice Ginsburg always sided with organized labor, even when the conservative-leaning court ruled against unions in cases like Janus v. AFSCME,” New Jersey State AFL-CIO President Charles Wowkanech said. “Her dissenting opinions that upheld the right to organize, to collectively bargain, and to stop America’s return to ‘yellow dog’ hiring practices and so-called ‘right-to-work’ were passionate and well-reasoned. Her loss is huge.”

Even when in the minority on the Supreme Court, Justice Ginsburg’s fierce dissents provoked action on behalf of all who labor. Her opinion in the Ledbetter v. Goodyear case, for example, led to the Lilly Ledbetter Fair Pay Act.

Justice Ginsburg died Friday, Sept. 18, 2020, at age 87 of metastatic pancreas cancer, which she had battled for years. The Brooklyn native was educated at Cornell, Harvard and Columbia universities, and taught at Rutgers and Columbia.  Her courtroom battles against sex discrimination as the director of the Women’s Rights Project of the American Civil Liberties Union in the 1970s led to constitutional protections against sex discrimination.

“She was the architect of gender equality and spent most of her career fighting for equality,” New Jersey State AFL-CIO Secretary-Treasurer Laurel Brennan said. “She was truly a hero of this country for all citizens. And we need to fight to make sure that there are more Justice Ginsburgs”

“On behalf of our union brothers and sisters,” President Wowkanech said, “we ask the president and the Senate to select a judge who stands for working people as much as Justice Ginsburg did.”