The New Jersey State AFL-CIO thanks and commends our IBEW brother, U.S. Rep. Donald Norcross of the 1st Congressional District, for drafting, sponsoring and introducing the National Apprenticeship Act of 2020. 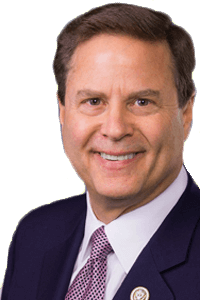 “As the rapid changes in our workplaces have shown us,” said New Jersey State AFL-CIO President Charles Wowkanech, “the kind of intense, hands-on training that only an apprenticeship can give is the path to well-paying employment and job security.

The package includes the PATH Act, to set up pre-apprenticeship programs for economically underserved communities; the Apprenticeship Hubs Across America Act, to expand highly successful apprenticeship hubs; the 21st Century Energy Workforce Act, to incentivize training for skilled energy industry jobs; and the Offshore Wind Jobs and Opportunities Act, to promote the skills necessary to work in the offshore wind industry, which is growing in New Jersey.

Department of Labor statistics show that 94 percent of apprentices who finish registered apprenticeships are employed upon completion, earning an average annual starting wage above $70,000. Yet the most recent data show that only 0.3 percent of the overall workforce in America has completed an apprenticeship.

“Apprenticeships lead to good jobs,” President Wowkanech concluded, “and good jobs, especially good union jobs, build up the middle class that is the heart of New Jersey and America.”